All Talk: Can Someone Tell The Republicans That You Have To Find The Criminal Before You Punish Them? 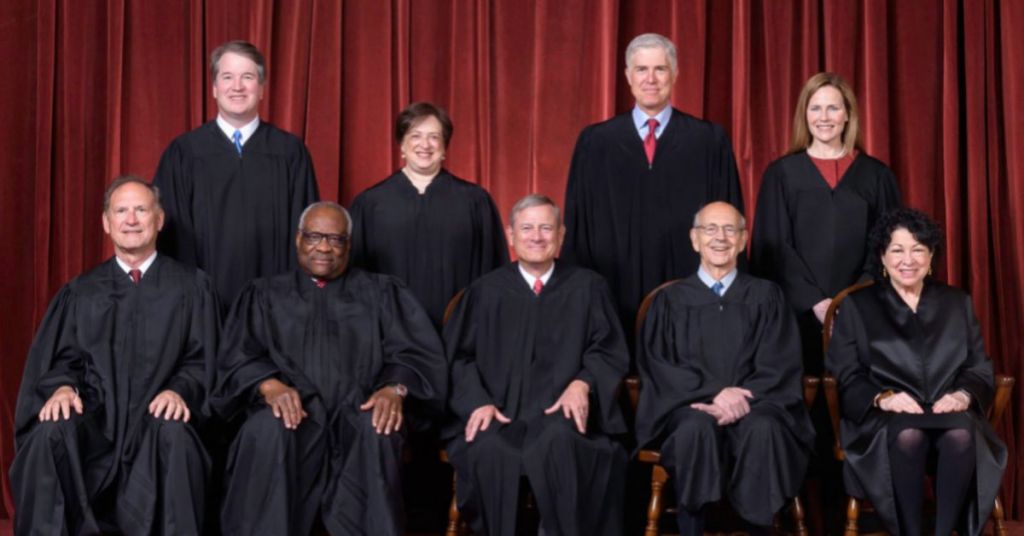 Republican senators introduced a bill on Thursday that would penalize future Supreme Court leakers with up to 10 years in jail and a $10,000 fine.

The Stop Supreme Court Leakers Act, presented by Senators Bill Cassidy (R-LA), Marco Rubio (R-FL), and Cindy Hyde-Smith (R-MS), would form new criminal penalties for those that wish to leak confidential documents from the Supreme Court before a final ruling.

"The recent leak was an attempt to publicly intimidate justices and undermine the integrity of the Court — all while putting lives at risk," Cassidy announced in a statement. "My bill holds leakers accountable and takes away any hopes of profiting off their crimes."

The Stop Supreme Court Leakers Act would impose a 10-year jail sentence and a $10, 000 fine for those who leak confidential information from the Supreme Court.

Authorities would further be able to seize any profits derived from the leak, including book deals or cable television contributor contracts.

Sen. Marco Rubio applauded the bill and announced those who want to leak information from the High Court should be penalized to the greatest extent of the law.

"The leak of a draft opinion of Dobbs not only undermined the integrity of our judicial system but also continues to spur threats of violence against Supreme Court Justices and crisis pregnancy centers. This bill would ensure that leaked confidential information from the Supreme Court is a criminal offense," Rubio stated.

Hyde-Smith called the draft leak a "betrayal" to the US constitution.

"The egregious leak of a draft opinion in Dobbs v. Jackson Women's Health harmed the Supreme Court as an institution, particularly if that betrayal was done to intimidate justices or influence the outcome of the case," Hyde-Smith went on. "Anyone who chooses to leak confidential information from the highest court in our land should be held accountable, and that’s precisely what this bill seeks to accomplish."

After the draft leak in May, pro-abortion demonstrators went to the houses of SCOTUS justices' to intimidate them into changing their final ruling. An armed man attempted to assassinate Justice Brett Kavanaugh after showing up outside of his personal residence.

Meanwhile, Former President Trump proposed the Supreme Court look to the journalists at Politico who broke the bombshell story last month that a draft opinion composed by Justice Samuel Alito would overturn Roe v. Wade, to discover who leaked the document.

“The U.S. Supreme Court must find reveal and punish the leaker,” Trump announced in a post on his new startup social media website, Truth Social, on Wednesday.

Trump proposed finding the source of the leak to Politico would be “very easy to do.”