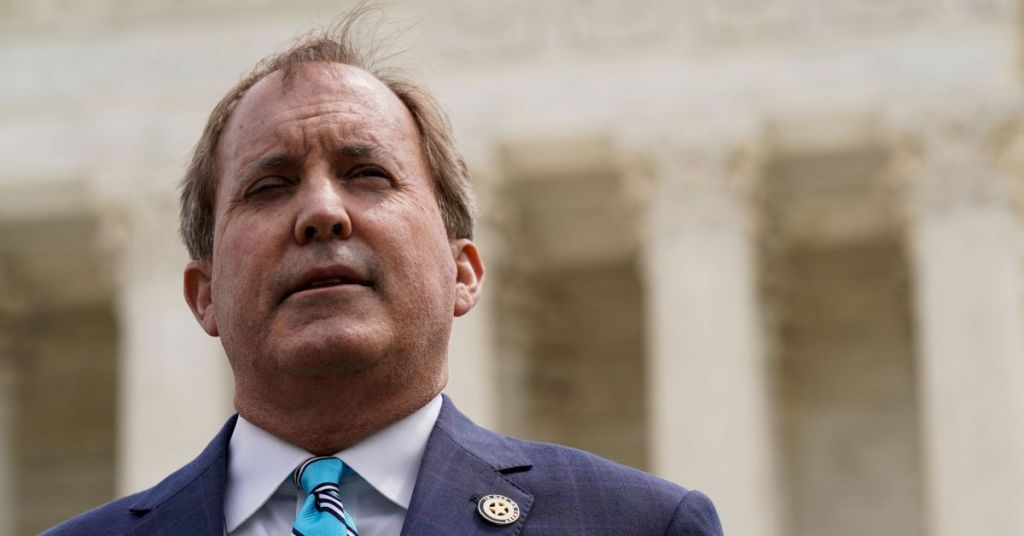 Texas Attorney General Ken Paxton explained, according to Newsmax, on Thursday, that "passing a red flag law is largely ineffective" in preventing another Uvalde-type tragedy from taking place.

The mass shootings last month at a grocery store in Buffalo, that killed 10 people, and at an elementary school in Uvalde, Texas, that killed 21, including 19 students, ignited a national outcry over gun violence and provoked a bipartisan group of 10 congressional lawmakers to act.

The GOP's lead negotiator in the bipartisan gun talks, Sen. John Cornyn, R-Texas, was formally condemned by the Republican Party of Texas on Saturday for his part in composing the suggested legislation, which includes financial incentives for states to enact "red flag" laws.

"Red flag" laws are further recognized as Extreme Risk Protection Order laws and they allow courts to temporarily seize firearms from anyone believed to be a danger to themselves or others.

Paxton stated he didn't believe the gun control legislation was about to be effective in preventing another school shooting.

"I think what is effective is protecting these children at the point of entry, having school administrators and teachers ready to respond," he stated.

The Texas Tribune reports that the mayor of Uvalde, Don McLaughlin, blamed the state Department of Public Safety Tuesday for selectively leaking records to the press to make local authorities look bad.

When asked about the situation, Paxton announced that while he does not know who's responsible for the leak, he believes "more questions need to be asked."

Although meanwhile, after 19-year-old Brandon Hole killed eight people at a FedEx facility in Indianapolis last week, questions arose about the state's "red flag" law, which should have prevented Hole from having a gun in the first place.