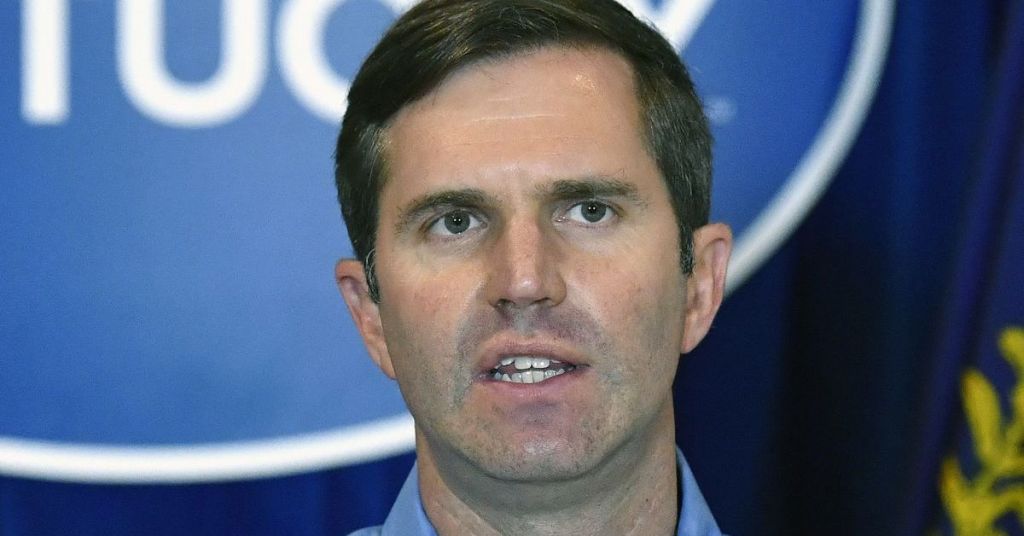 Gov. Andy Beshear took action Thursday to fight any signs of price gouging at the pump, praising it as a consumer protection measure amid sky-high gas prices straining Kentuckians' budgets.

The Democrat governor signed an executive order announcing a state of emergency in response to gas prices hovering close to $5 per gallon. His action activated Kentucky's price gouging laws.

With his action, Kentucky consumers can report suspected price gouging at the pump to state Attorney General Daniel Cameron's office.

Beshear announced that "every little bit helps" in attempting to offer relief to consumers reeling from soaring fuel prices. He acknowledged a governor's choices are limited in dealing with global economic unrest.

Cameron replied by pressing Kentuckians to alert his office regarding any signs of price gouging.

Though the hot-button matter reflected the political tension between the Democratic governor and the Republican attorney general who wants his job.

Beshear wrote to Cameron in early June questioning if the matter of gas prices warranted investigation.

Cameron explained to Beshear that issuing a state of emergency would offer "minimal — if any — additional relief" to Kentuckians. Though he vowed to thoroughly enforce the price gouging laws.

"I believe strongly that even minimal relief is better than no relief," the governor announced.

Cameron's letter stated his office had already been monitoring gas prices in Kentucky, and that 263 complaints had been lodged with his office since the beginning of 2022.

It is the kind of give-and-take that Kentuckians can expect as the political banter heats up going into the 2023 statewide elections in the Bluegrass State. Cameron is among several candidates pursuing the GOP nomination for governor next year when Beshear will seek a second term.

The governor has taken other steps to attempt and offer relief to Kentuckians battered by rising prices.

Beshear recently took action to freeze Kentucky's gas tax, preventing a 2-cent-per-gallon growth that would have taken effect July 1. The action is expected to save Kentuckians an estimated $35.4 million. In February, the governor took executive action to grant relief to Kentucky taxpayers hit with pandemic-related increases in their vehicle property tax bills.

The governor announced Thursday that Kentucky's unemployment rate has fallen to historic lows in back-to-back months. And the state has the fewest several residents drawing unemployment benefits since 2000, he stated.