Follow The Science: NYC's Mayor Has Secretly Been Telling Officials To NOT Enforce Ridiculous Mandates 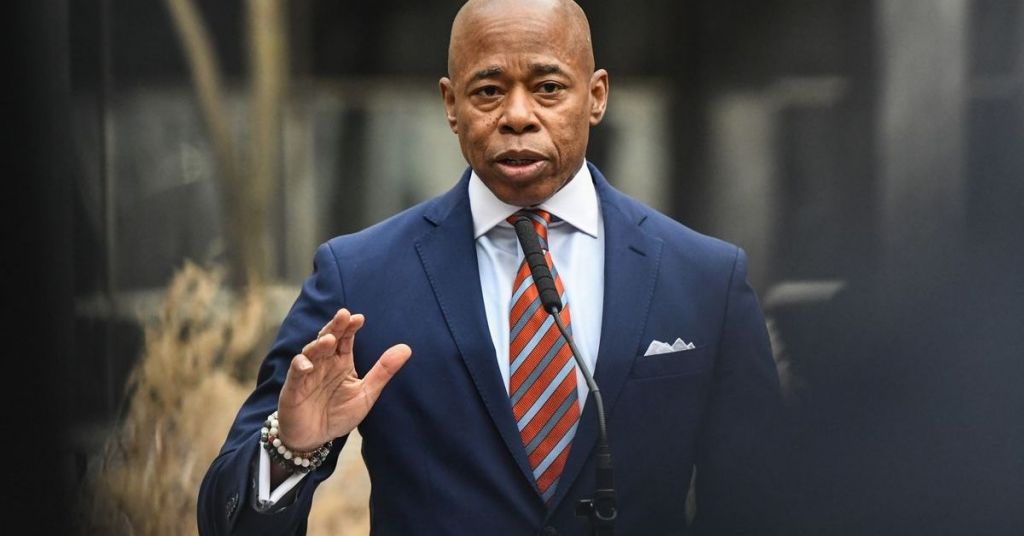 New York City officials have not implemented the city's vaccine mandate for private businesses, a significant shift that seems to be due to NYC Mayor Eric Adams.

While the city held a tough stance on COVID-19 vaccine mandates for private businesses under former Mayor Bill de Blasio, Adams's administration has not stressed this specific mandate and has reportedly not fined anyone since he took over in January 2022.

"We have been focused on prioritizing education instead of enforcement when it comes to the private sector mandate, which is how we've been able to get more than 87 percent of all New Yorkers with their first dose to date," Adams's spokesman Fabien Levy told the New York Times.

While De Blasio said in the final days of his administration that he would have city officials examine businesses for compliance with the vaccine mandate, he also threatened to fine the businesses $1,000 for not following the rules. A Dec. 27-31, 2021, investigation found that only 31% of 3,025 New York City businesses complied with the mandate, a concerning number at the time.

Neither De Blasio nor Adams actually fined businesses, Levy told Newsday. De Blasio's threat was one of the most far-reaching local measures during the pandemic and applied to more than 184,000 businesses in the New York City area. While private companies were not fined, the city was more stringent with public employees. Multiple public employees in law enforcement and the fire department were fired due to their unwillingness to get vaccinated.

At least 91% of the city's population has received one dose of the COVID-19 vaccine, while 78% are fully vaccinated.

On the ninth day of June, New York City Mayor Eric Adams released the following statement regarding mask mandates in schools and daycare centers for 2- to 4-year-old children:

“I have always said that the science will guide us out of the pandemic, and because we have followed the data, which shows that cases are steadily falling, we‘ve beaten back the latest COVID-19 surge. New Yorkers stepped up when we needed them most and have put us on the path to lower risk.

“Throughout the current wave, schools have remained the safest places for our children and beginning Monday, June 13, we will make masks optional for 2-4-year-old children in all early childhood settings. We still strongly recommend that New Yorkers of all ages continue to wear masks indoors and we will continue to make masks available for any child or school staff member who wishes to continue wearing them."

“I’m with New York City parents and New Yorkers can trust this administration to continue to make the proper public health decisions to keep our kids safe," he concluded.