'Females' Testicles: Athletes Describe What Lockerrooms In Woke-Land Are Like 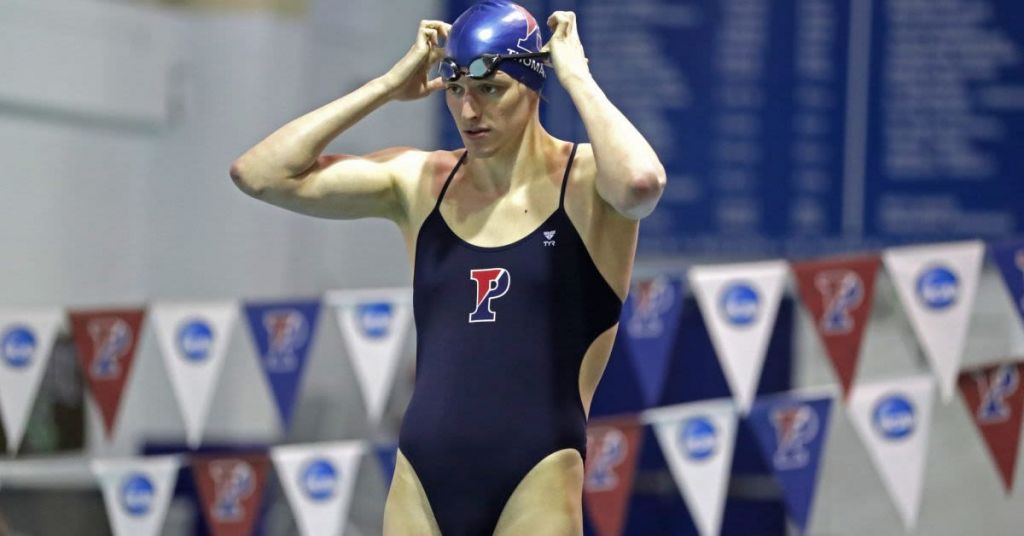 Riley Gaines, a swimmer at the University of Kentucky who swam against transgender University of Pennsylvania swimmer Lia Thomas, said that she saw "tears" and "discomfort" in the locker room at a Thursday rally commemorating Title IX .

The "Our Bodies Our Sports" rally was organized by the Independent Women's Forum, joining several conservative organizations, to commemorate the 50th anniversary of Title IX and featured speeches from multiple female athletes who had been compelled to compete in collegiate sports against biological males who identified as women.

The issue has received significant traction in recent months after Thomas, a biological male who transferred to a woman, finished first in several NCAA swimming events while competing in the women's division.

In an interview with the Washington Examiner, Gaines said her background swimming against Thomas motivated her to speak out.

"Being at that meet, seeing firsthand, not just in terms of height, but just jumping off the starting block, Thomas is [already] about half a length ahead, feeling how it affected everyone else, including myself, seeing the tears and seeing the discomfort in the locker room, the talk of anger and frustration was just majorly eye-opening," Gaines said. "That's when I kind of realized this is something I'm passionate about, and this is something I feel I should speak out about."

Gaines told the Washington Examiner that allowing biological men to compete against women is "unfair and wrong" to transgender individuals because they are going through "an identity crisis" and slammed the Biden administration's recently proposed regulation expanding Title IX protections to include gender identity and sexual orientation.

"I think this completely undoes all the work that has been done the past 50 years in terms of developing Title IX and getting women equal opportunities," Gaines said. "This is just a complete 180, and so my message to [the Biden administration] is to open their eyes and realize what this actually is."

The rally also stressed remarks by former Rep. Tulsi Gabbard (D-HI), who first introduced the Protect Women's Sports Act in Congress, which would have required athletes to compete based on their biological sex rather than gender identity.

"It's the height of hypocrisy that, as we stand here on that 50th anniversary [of Title IX], we hear different loud voices proclaiming they are feminist and they are champions of women, and yet, they're the very ones who are simultaneously trying to erase the fact that women even exist," Gabbard told the Washington Examiner. "I think it is important for us as a country to stand with these young athletes, who are courageously speaking the truth about their biological differences between men and women. Title IX's intent was to create that fair and level playing field for women and girls across the board, and it's critical for us to stand up and protect that."