Watch: Biden Mumbling Something About The GOP And Putin 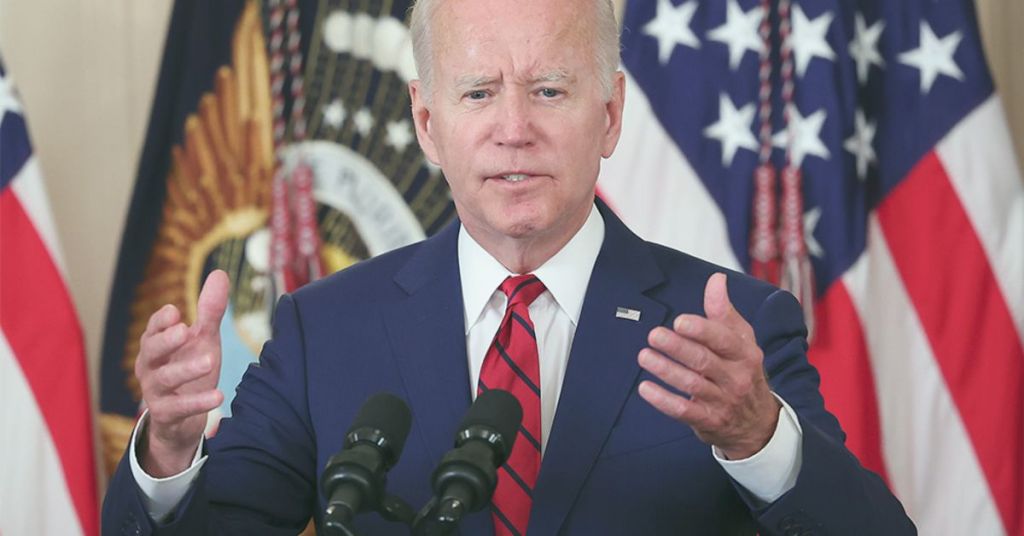 President Joe Biden lambasted his two chosen targets as he commenced his campaign for a federal gas and diesel fuel tax holiday at the White House: Russian President Vladimir Putin and congressional Republicans.

“So, for all those Republicans in Congress criticizing me today for high gas prices in America, are you now saying we were wrong to support Ukraine? Are you saying we were wrong to stand up to Putin?” Biden asked from the South Court Auditorium. “Are you saying that we would rather have lower gas prices in America and Putin’s iron fist in Europe? I don’t believe that.”

Biden is notably susceptible to the notion that he is to blame for inflation — and $5 per gallon of gasoline in particular. He has attempted to suppress Republican criticism of his fiscal and energy policies while claiming that the Russians are sanctioning Americans as surely as Ukraine. The White House billed Biden’s gas tax holiday remarks as an event on “high gas prices and Putin’s price hike,” by now a familiar phrase.

However, Biden’s plan was bizarre. First, Biden will likely need at least some Republican support for the 90-day suspension of the gas tax.

Congressional Democrats did not appear enthusiastic about the idea out of the gate. Senate Majority Leader Chuck Schumer (D-NY) and House Speaker Nancy Pelosi (D-CA) both issued lukewarm statements. Democrats pointedly excluded the proposal from their own gas prices bill last month. “I’ve not been a proponent of the gas tax,” House Majority Leader Steny Hoyer (D-MD) told Politico the night before Biden spoke. “I just don’t know that it gives much relief.”

Before Biden connected criticism of his policies to appeasing Putin on Ukraine, he made the following remark: “We had near-unanimous support in the Congress, Democrats, Republicans, and independents, for supporting Ukraine, knowing full well the cost." This contained the Republican leaders in both houses, some of whom had pressed Biden to deter Putin sooner.

“It’s in America’s interest to do this. This is not a charity we’re involved in here. It’s in our interests to help Ukrainians just like it’s in the interest of NATO countries. So this is not some handout,” Senate Minority Leader Mitch McConnell (R-KY) told reporters after his visit with Ukrainian President Volodymyr Zelensky in Kyiv, a city where Biden still has not been.

As for the subset of congressional Republicans who have begun challenging the scope of U.S. support for Ukraine, including voting against the $40 billion aid legislation that Congress passed and the president signed, Biden appears to be making the argument for them: The spending and sanctions are coming at the public’s expense.