After SCOTUS' Monumental Ruling On Conceal & Carry, Steve Scalise Wants House GOP To Do This 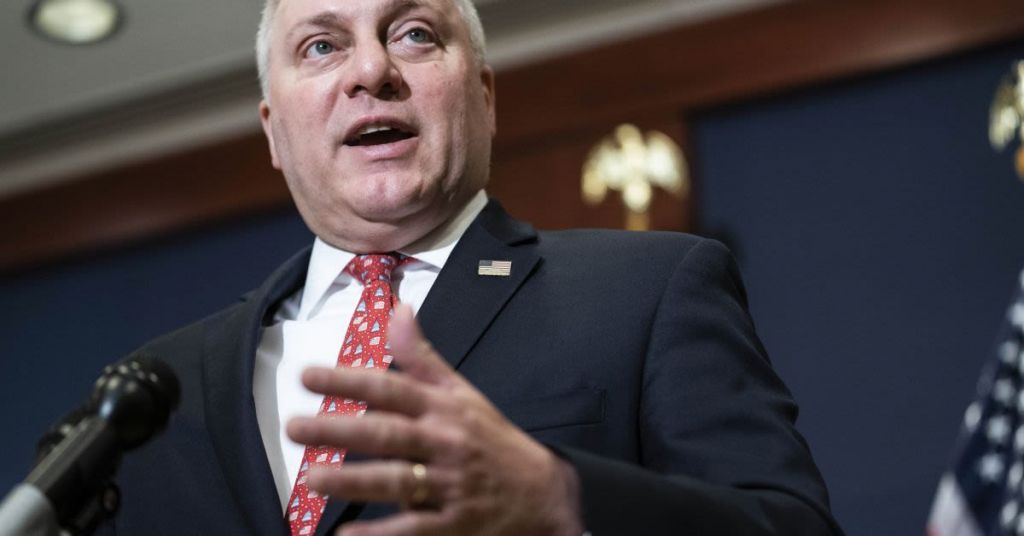 One day after the Supreme Court handed down a monstrous win for gun rights owners, House Republican Whip Steve Scalise will urge Republicans to vote "no" against the bipartisan Senate gun bill.

Thursday, the Supreme Court struck down a New York state law that requires 'conceal carry' applicants to show a 'justifiable' reason for the permit, essentially opening up legal gun owners to not have to get special permits to carry their weapons as opposed to keeping them locked up at home as many liberal states require.

Scalise, R-La., who opposes the bill, said his spokesperson Lauren Fine to Fox News Digital, will use his role as the No. 2 House Republican to prompt his fellow Republicans to vote against the bipartisan bill that will restrict lawful gun ownership.

The move follows a Tuesday evening procedural vote in which 14 Senate Republicans voted for the bill that was administered by Sens. John Cornyn, R-Texas, and Chris Murphy, D-Conn.

Senate Minority Leader Mitch McConnell, R-Ky., voted for it; however two other members of his Senate leadership team, including Sens. John Thune, R-S.D., and John Barrasso, R-Wyo., voted against it.

The Senate is expected to pass the bill by the end of the week, allowing for a possible House floor vote on it before July 4.

The bill is nearly certain to pass the House with House Speaker Nancy Pelosi, D-Calif., having a Democratic majority.

House GOP leaders have not said whether they will formally whip against the bill and ask its members to vote “no.”

Their position is a change from Senate Minority Leader Mitch McConnell (R-Ky.), one of 14 Senate Republicans who voted to advance the legislation Tuesday evening. In a statement, McConnell called the bill a “commonsense package of popular steps” to prevent gun violence. Several conservative Republicans, however, are showing strong opposition to the bill.

The House Freedom Caucus on Tuesday announced its formal opposition to the bill, pointing to concerns about money going to enforce “red flag” laws that keep those deemed a danger to themselves or others from keeping or obtaining firearms.

“Red flag laws permit the preemptive seizure of firearms from Americans without due process by allowing any person to report a gun owner to law enforcement and petition for the confiscation of that individual’s firearms, even before the gun owner has an opportunity to defend themselves,” the Freedom Caucus said in a statement.

Rep. Scott Perry (R-Pa.), chair of the House Freedom Caucus, said that he spoke up in conference to ask the House GOP to whip against the bill. “It seemed to get some applause,” Perry said. “So, I think that at least for many of the members in the room, they agree.”

The Senate on Tuesday cleared the first hurdle to pass a bipartisan measure aimed at keeping firearms out of the hands of dangerous people, agreeing to take up a compromise bill whose enactment would break a yearslong standoff over federal legislation to address gun violence.