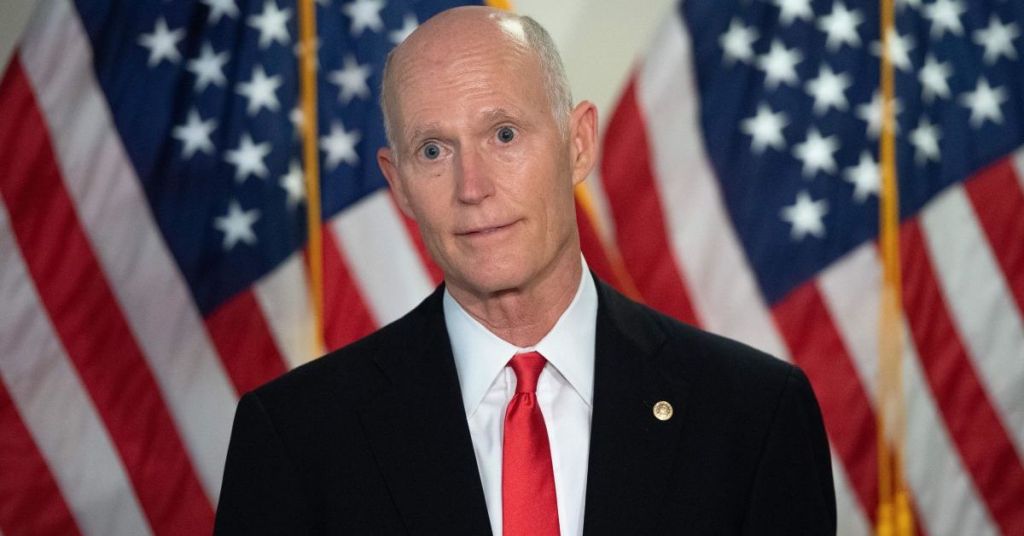 “Joe Biden has destroyed America’s economy,” Scott states in the ad. “It’s time to be honest with the American people. Joe Biden is unfit for office and should resign.”

The ad features a video of the President referring to Sen. Scott as being from Wisconsin and cautions that Biden is forcing America into a recession. In a previous ad, Scott called Biden “incompetent and confused.”

The ads are part of a seven-figure television purchase to advance Scott’s “Rescue America” plan: a 12-point guide for how Republicans can “save this country” should they reclaim power after the midterms. It covers areas from education to immigration, to the economy.

Since its release in the spring, “Rescue America” has met fierce denouncement from Democrats and pushback from some Republicans.

Though Scott chairs the National Republican Senatorial Committee, leading the GOP’s attempt to take back the Senate majority, the ad is funded by his own Senate reelection committee, Rick Scott for Florida.

Meanwhile, “Those are interesting words to choose about a President who inherited an economy in its worst state of crisis since the Great Depression and delivered historic economic growth and unprecedented job creation to make our recovery the strongest of any in the world,” White House deputy press secretary Andrew Bates explained to Fox News on Monday.

“Tellingly, this comes from a senior member of Republican leadership whose hardcore MAGA agenda would be an economic nightmare for the middle class – raising taxes on 75 million working people while sunsetting Medicare and Social Security and requiring a super majority to ask the wealthy to pay their fair share,” Bates said, according to Fox News. “The President is actually taking on the global problem of inflation that’s hitting all over the world after COVID – and lowering costs for families like energy and prescription drugs is his highest priority.”

He added: “Meanwhile, Senator Scott is exploiting inflation to rip off working families with more welfare for the rich.”

Meanwhile, as for inflation, the Labor Department announced Friday that the consumer price index, a broad measure of the price for everyday goods including gasoline, groceries, and rent, increased 8.6% in May from a year ago. Prices jumped 1% in the one month from April. Those figures were higher than the 8.3% headline figure and 0.7% monthly gain forecast by Refinitiv economists.