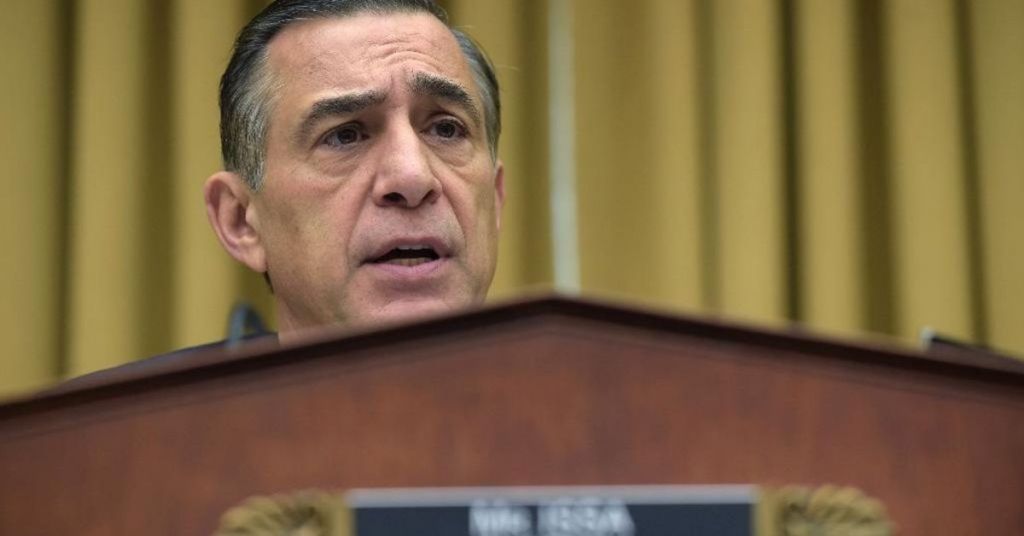 "The House legislation I authored already passed the Senate 100-0, and I don’t know of a single member of Congress who will end up opposing it," Issa wrote in a press readout. "It is astonishing that Speaker Pelosi and AOC are not only blocking this bill but also bragging about it on social media."

On Friday, Ocasio-Cortez posted a video to Instagram on her way to vote to stop a unanimous consent request by House Minority Leader Kevin McCarthy (R-CA) to move the measure forward, saying he held the vote on a "fly out day" when many members of Congress leave Washington, D.C., for their home districts.

Democrats' pause of the measure partly stems from a negotiation to include an amendment granting security protection to Supreme Court clerks. Pelosi said Thursday she expects a vote on the legislation this week.

“Enough is enough. President Biden, Speaker Pelosi, Sen. Schumer, and AOC need to tell their shock troops to stop breaking the law and cease threatening people in their homes. And Speaker Pelosi should let my Democrat colleagues vote their conscience on this vital bill," Issa said. “This essential security needs to happen before somebody gets killed — because it almost happened last week," Issa added.

The progressive “Squad” member said in the video that Thursday was a “fly out day” when many members of Congress left Washington, D.C., for their home districts.

“I wake up this morning and I start to hear murmurs that there is going to be an attempt to pass the Supreme Court Supplemental Protection Bill the day after gun safety legislation for schools and kids and people is stalled,” she added.