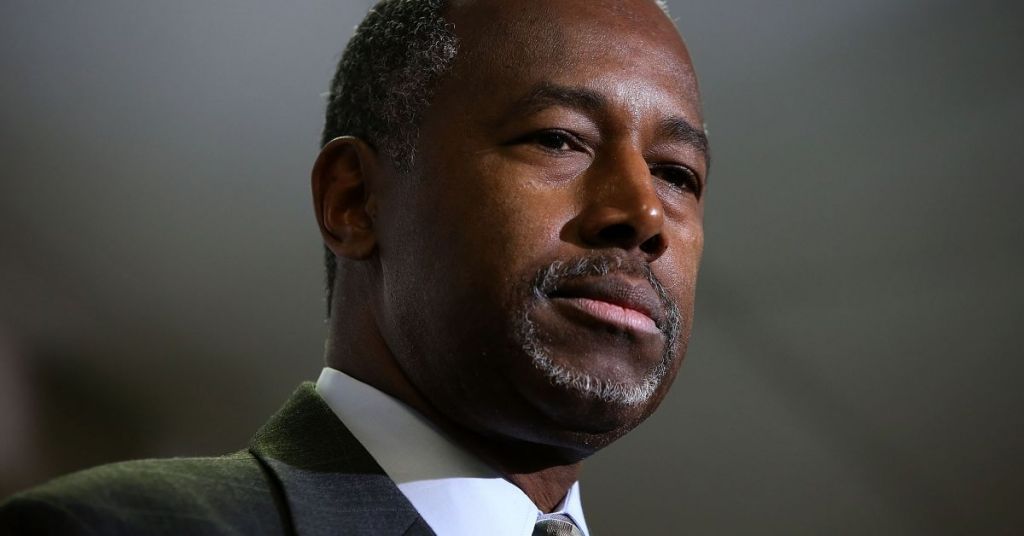 Ben Carson delivered a grim review of President Joe Biden's from-the-basement 2020 campaign at a time when Democrats were concerned about Biden's chances for 2024.

This exchange in a wide-ranging conversation that Carson, former neurosurgeon and former President Donald Trump’s only secretary for the Department of Housing and Urban Development, had with journalist Lisa Boothe also featured a critique of the media's coverage of Biden. "Is Joe Biden fully with it?" Boothe asked.

“I don't think he's at the top of his game," Carson replied before he employed a bit of hyperbole as he criticized Biden's stay-at-home campaign.

"And I just think it was criminal the way he joined the election process, that he was stashed away in the basement. People should have been highly suspicious at that point," Carson said. "Why are they trying to keep this guy away from people? But again, part of that was the media heralding how great he was and [his presidency] was going to be the salvation of the world. And they just push that narrative so hard."

During the 2020 campaign, Trump and his allies blamed Biden for hiding in his basement to avoid scrutiny and live campaign events. Biden denied the assertion that he was "hiding," telling ABC in May 2020 that he was following health guidance for the Coronavirus pandemic and that he intended to get back out on the campaign trail.

The interview with Carson, conducted for The Truth with Lisa Boothe podcast, was released Monday, two days after a New York Times report that examined "whispers" among Democrats who are increasingly concerned about Biden's leadership ahead of the 2022 midterm elections, in which Republicans are widely expected to win back control of at least one chamber of Congress.

Biden's critics often pose challenges regarding his physical energy and mental sharpness, spurred by frequent gaffes that aides often then swoop in to clean up. Former Obama adviser David Axelrod claimed in the report that the age factor had been a distraction from Biden's accomplishments. “The presidency is a monstrously taxing job, and the stark reality is the president would be closer to 90 than 80 at the end of a second term, and that would be a major issue,” Axelrod said.

Biden, who is 79, is the oldest man ever to be President. In fact, Biden was older when he took the oath of office than was Ronald Reagan, the second-oldest sitting president ever, when he retired at 77. Biden would be 82 for a second inauguration. Biden said in December that he would run for reelection if he is in good health.

Carson criticized a "complete lack of leadership and incompetency" and expressed his hope that "we're strong enough to survive it, but everybody's going to have to do their part."