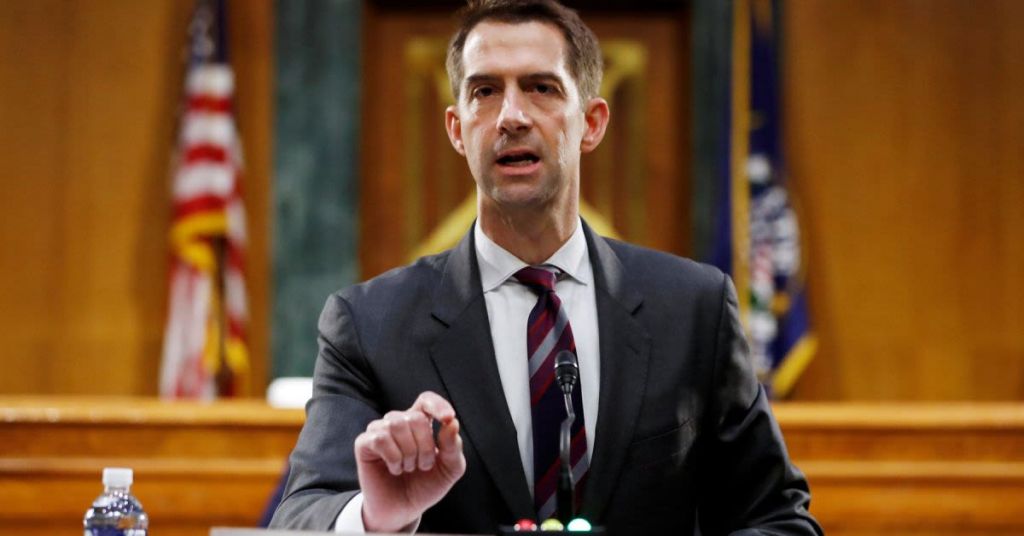 Sen. Tom Cotton (R-AR) said President Joe Biden is in a bit of a problem concerning his Administration’s ties with China, stressing that the idea of reducing tariffs on the Asian country will miss the mark for any shot at alleviating the rising inflation.

Amid Biden’s trip to Asia, the Republican senator told Sunday Morning Futures host Maria Bartiromo that the White House is concerned Biden will weigh removing tariffs so he can be seen as taking some kind of action.

“There’s a lot of division inside the administration right now. On the one hand, they understandably don’t want to be seen as weak on China since Joe Biden has been weak on China for decades,” Cotton said. “Just as recently as a couple years ago, he was still saying that China is not our main competitor and that China has no chance of beating us in that competition. Even if he, like an ostrich, sticks his head in the sand.”

Cotton remarked that the Biden Administration is concerned about inflation under its watch and may resort to raising tariffs, saying Democrats will try to use the move as a disguise.

“These tariffs didn’t cause the inflation we see now. We had tariffs under the Trump Administration. For that matter, we had a global pandemic under the Trump administration,” Cotton said. “We did not have inflation during the Trump era though. That inflation only started when Joe Biden took office and poured trillions of dollars on an economy that was already recovering from that pandemic.”

“So, the President can blame tariffs on China or the pandemic, or for that matter, big oil, or big meat, or Vladimir Putin, or anything else he wants for inflation, but the American people know that this inflation is a result of the Democrats’ reckless policies,” the senator added.

Regarding rising gas prices, Cotton also blasted the Biden Administration’s “war on fossil fuels” as a calculated strategy to get people out of their cars and into electric vehicles or public transportation.

“They continue to push their ideological agenda,” Cotton said of far-left Democrats. “They want gas to cost $5, $6, $7 a [gallon] because they want you out of your pickup truck, your minivan, or your SUV, driving electric cars or taking subways and trains to work. This is their intended goal. This is not an accident.”

“What we should be doing is encouraging investors and industry to create more oil and gas and fossil fuel energy in America,” Cotton said, acknowledging that investment deals are complex and take time. “If the Administration makes it clear that they are hostile to those investments, then it’s not surprising that people are spending less money in the industry and, therefore, producing less oil and gas, driving up your price at the pump. This all goes back to the Democrats’ war on fossil fuels.”