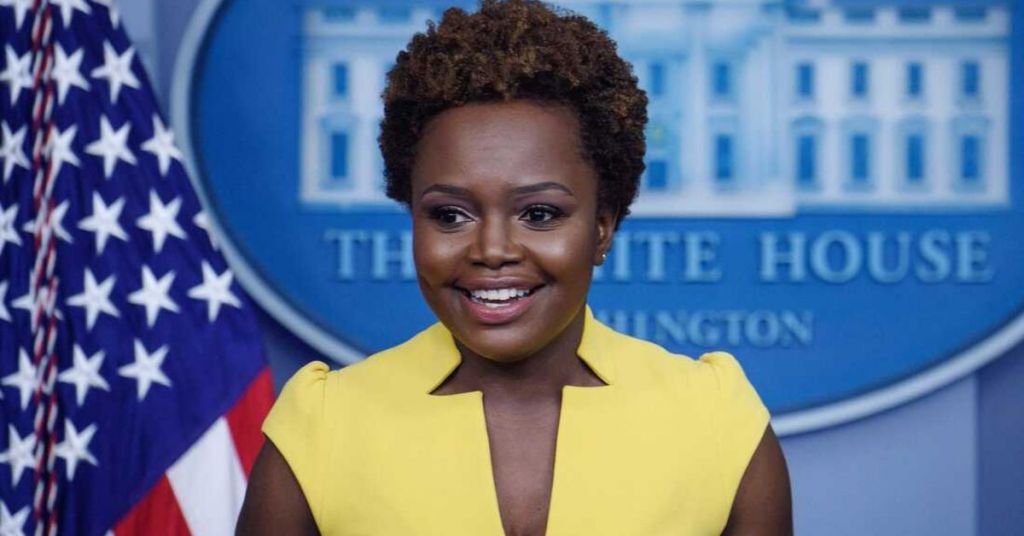 Karine Jean-Pierre addressed her historic position as the nation’s first Black, openly gay White House press secretary in her first briefing, where she struggled to answer questions regarding inflation, addressed the baby formula shortage and spoke about why President Joe Biden was visiting Buffalo.

Jean-Pierre took questions for a little over an hour. She has previously briefed the public as deputy White House press secretary - a job that prepared her to step in Jen Psaki’s shoes. Psaki’s last briefing was Friday.

“I just want to say a few words about how honored I am to be here with all of you today,” Jean-Pierre announced at the top of her briefing.

“I am obviously acutely aware that my presence at this podium represents a few firsts. I am a Black gay immigrant woman, the first of all three of those to hold this position. I would not be here today if it were not for generations of barrier-breaking people before me. I stand on their shoulders,” she went on.

Jean-Pierre, 47, was born in Fort-de-France, Martinique, the daughter of Haitian parents. Her family moved to New York City when she was five.

She tackled a variety of topics in her first briefing as press secretary.

Though she struggled to address how taxing the wealthy would fight the record-high inflation that has caused costs of food, gas, and rent to skyrocket.

Jean-Pierre was questioned about denouncement from Jeff Bezos, founder of Amazon. President Joe Biden has denounced Amazon for not paying enough in taxes and has announced its workers should be permitted to unionize.

“We have talked about this this past year, about making sure that the wealthiest among us are paying their fair share. And that is important to do. And that is something that, you know, the President has been working on everyday when we talk about inflation and lowering costs,” she announced.

Bezos hasn’t let up his denouncement in his first public spat with the White House.

“They understandably want to muddy the topic. They know inflation hurts the neediest the most,” he tweeted.

“But unions aren’t causing inflation and neither are wealthy people. Remember the Administration tried their best to add another $3.5 TRILLION to federal spending.”

“They failed, but if they had succeeded, inflation would be even higher than it is today, and inflation today is at a 40-year high.”

Jean-Pierre didn’t call out Bezos by name yet did say: “It’s not a huge mystery why one of the wealthiest individuals on Earth opposes an economic agenda that is for the middle class.”