Biden Begins Another US Military Operation In Foreign Country 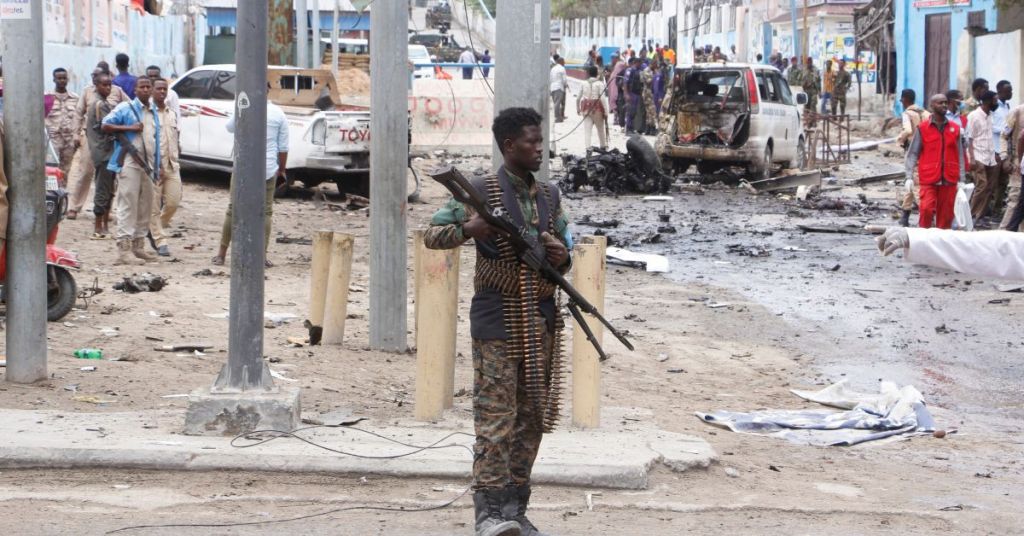 The Biden Administration is dropping U.S. troops in Somalia. President Biden signed off on the plan on Monday, following a plan to target some dozen leaders of Al Shabab. Trump had removed troops from the war-torn region near the end of his time in office. About 450 soldiers will be sent to Somalia, on Africa’s east coast.

The troops being restationed in Somalia are Special Operations forces, and the Pentagon has also been given the power to target leaders of Al Shabab, a terrorist group affiliated with Al Qaeda, according to The New York Times.

Officials spoke to the Times on a state of anonymity. This effectively “will revive an open-ended American counterterrorism operation that has amounted to a slow-burn war through three Administrations.”

Biden disastrously withdrew the U.S. from a long war in Afghanistan in August 2021. The withdrawal, vowed by outgoing President Donald Trump, was widely condemned as disorganized and chaotic. It resulted in the deaths of 13 U.S. service members.

“The decision to reintroduce a persistent presence was made to maximize the safety and effectiveness of our forces and enable them to provide more efficient support to our partners,” said National Security spokeswoman Adrienne Watson. She called the decision by the Trump Administration to withdraw troops “precipitous.”

The concern is that Al Shabab poses a threat to U.S. outposts in the region, including an attack on a U.S. airbase in Kenya in January 2020. An official told the Times that the plan with this new decision is to bring “the threat to a level that is tolerable.”

Under Biden’s leadership, the U.S. is also involved in a conflict in Ukraine, providing that nation with arms and billions of dollars to assist them in fighting off neighboring Russia, which invaded in February.

Mr. Biden signed off on the proposal by Defense Secretary Lloyd J. Austin III in early May, officials said. In a statement, Adrienne Watson, the National Security Council spokeswoman, backed the move, saying it would enable “a more effective fight against Al Shabab.”

“The decision to reintroduce a persistent presence was made to maximize the safety and effectiveness of our forces and enable them to provide more efficient support to our partners,” she said.

Ms. Watson did not indicate the number of troops the military would deploy. But two people familiar with the matter said the figure would be capped at around 450. That will replace a system where the U.S. troops training and advising Somali and African Union forces have made short stays since Mr. Trump issued what Ms. Watson described as a “precipitous decision to withdraw.”