It's The Economy, Stupid: Bezos & Biden Trading Blows While Joe Manchin Gets Caught In The Middle 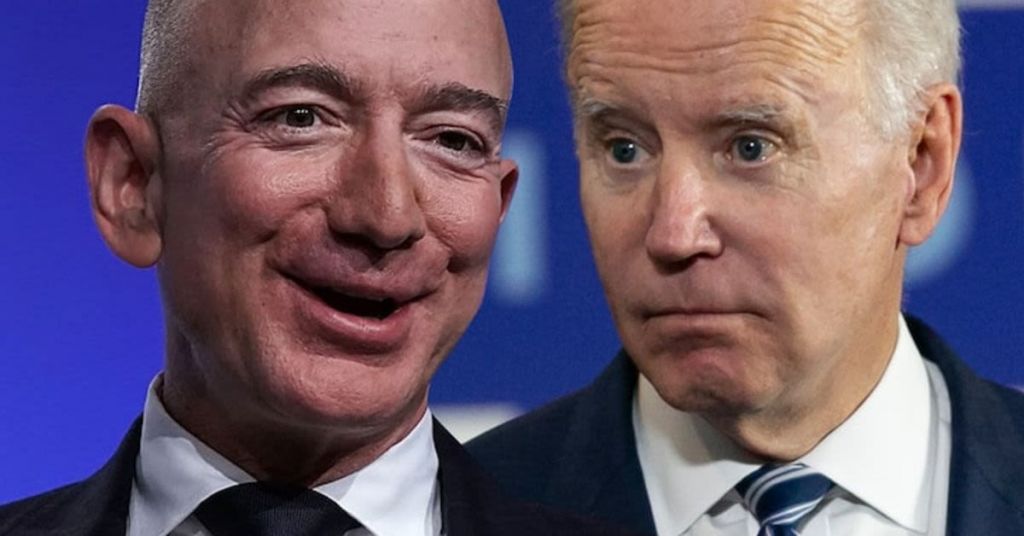 Amazon founder Jeff Bezos once again went after President Joe Biden for the White House’s proceedings about inflation - and took credit for deficit reduction in a tweet on Sunday.

Bezos, retweeting an account that goes by the name @ne0liberal, claimed that the inflation disaster could have been made worse if not for West Virginia Senator Joe Manchin declining to vote for further COVID stimulus.

“The Administration tried hard to inject even more stimulus into an already over-heated, inflationary economy, and only Manchin saved them from themselves,” Bezos announced. “Inflation is a regressive tax that most hurts the least affluent. Misdirection doesn’t help the country.”

Bezos referred to Manchin’s attempts to shut down Biden’s Build Back Better agenda and COVID stimulus payments at the start of Biden’s Administration.

The White House replied to Bezos’ denouncements over the last two days with an announcement on Sunday.

“It doesn’t require a huge leap to figure out why one of the wealthiest individuals on earth opposes an economic agenda for the middle class that cuts some of the biggest costs families face, fights inflation for the long haul, and adds to the historic deficit reduction the President is achieving by asking the richest taxpayers and corporations to pay their fair share,” announced White House Deputy Press Secretary Andrew Bates.

“It’s also unsurprising that this tweet comes after the President met with labor organizers, including Amazon employees.”

A day earlier, Bezos questioned the Biden Administration’s new Disinformation Board to review another tweet from the President insisting that increasing corporate taxes could tame growing inflation.

Joe Biden, who has faced denouncement over an inflation rate that has skyrocketed to 40-year highs of over 8 percent, tweeted on Friday that taxing corporations more would help ease Americans' economic strain. “You want to bring down inflation? " Biden tweeted, let’s make sure the wealthiest corporations pay their fair share,” Biden tweeted.

Bezos replied within hours, insisting the President was conflating two separate matters that only amounted to misdirection and should be held accountable by the Department of Homeland Security’s Disinformation Board.

“The newly created Disinformation Board should review this tweet, or maybe they need to form a new Non-Sequitur Board instead,” Bezos tweeted.

“Raising corp taxes is fine to discuss. Taming inflation is critical to discuss. Mushing them together is just misdirection.”