Buffalo Shooting Alert: Killer Had Name Of Waukesha Victim On His Gun 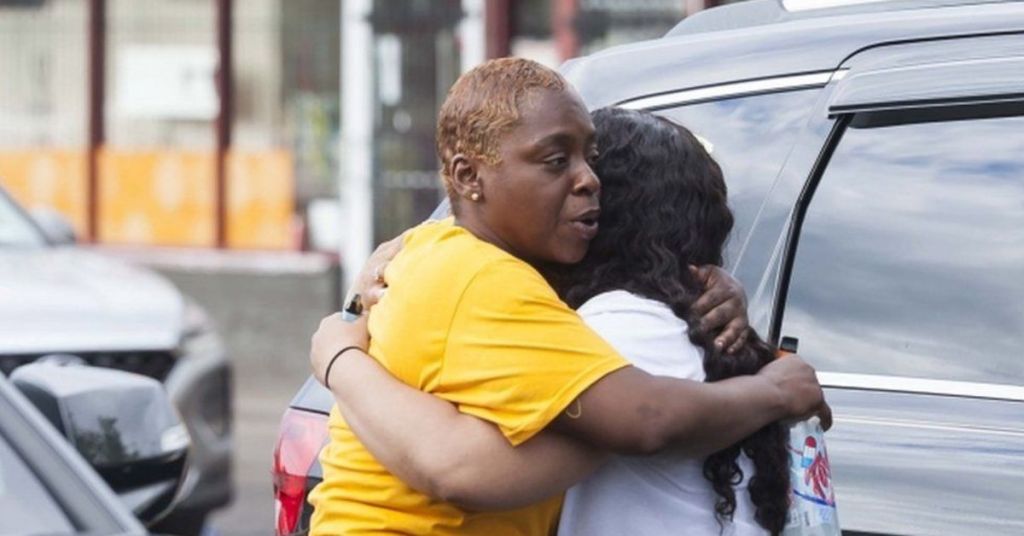 The gunman who killed 10 people in a racist attack at an upstate New York grocery store had the name of a White woman who was run over at a Christmas parade in Wisconsin last year scribbled on his gun.

Photos of the gun used by Payton Gendron, 18, in the live-streamed slaughter show the misspelled name of Virginia Sorenson.

Sorenson, 79, was at the Waukesha Christmas parade to perform as part of the “Dancing Grannies” troupe when a man in an SUV drove into the crowd, killing her and five others.

The assailant in the November attack, Darrell Edward Brooks, is a Black man who had shared social media posts encouraging Black Lives Matter and violence toward White people.

Payton Gendron shot 13 people at the Tops Friendly Supermarket in Buffalo at about 2.30 PM on Saturday.

The teenager, described as an outcast with radical opinion, had a 180-page manifesto that centered on the “great replacement theory,” which holds that Whites are being deliberately outnumbered in the U.S. by immigrants to skew elections in favor of Democrats.

Buffalo police did not respond to questions about the writing on the gun, the Daily Beast reports.

Photos of the gun used in the shooting show Virginia Sorenson’s misspelled name and the N-word written across the barrel.

Sorenson was killed on November 21 during the Waukesha Christmas parade attack.

She was one of four members of the “Dancing Grannies” that were hit by Darrell Brooks, who had espoused his controversial views about race.

In a Facebook post from June 9, 2020, Brooks wrote: “LEARNED AND TAUGHT BEHAVIOR!! so when we start back knockin White people TF out ion wanna hear it...the old White ppl 2, KNOKK DEM TF OUT!! PERIOD..” followed by a middle finger and expletive emoji.

The post was among several that appeared following his arrest after driving his red Ford SUV in a crowd of kids and elderly dancing groups during the parade in the Milwaukee suburb.

Waukesha police later determined that Brooks had not planned the attack and that he did not seek to target any specific ethnic or racial group.

He is awaiting trial on 77 total charges, including six counts of first-degree intentional homicide.

On Saturday evening, Payton Gendron pled not guilty to one count of first-degree murder for his supermarket rampage that killed 10 people. Gendron, of Conklin, New York, was barefoot, masked, and wearing a paper smock.