Dishonorable: Air Force Cancels Four Top Students, Ask For Refund On Tuition Grants Because Of This 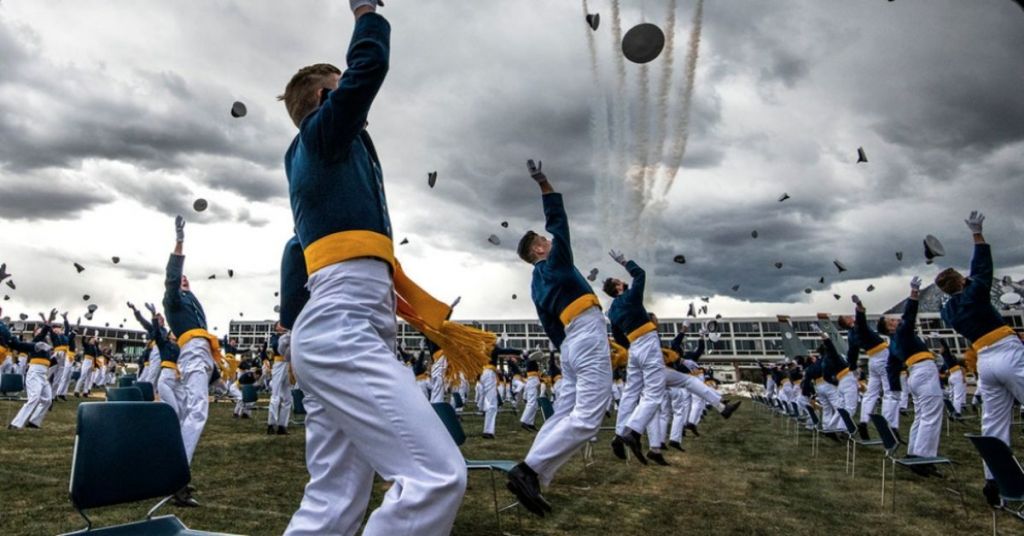 Four seniors at the United States Air Force Academy in Colorado may not be able to graduate alongside their fellow cadets because they have not been vaccinated against the coronavirus.

Those seniors, further called "firsties," face being dismissed from the military, getting a letter of reprimand - and could be on the hook to repay the government roughly $200,000 for their tuition, The Gazette reports.

They had all applied for religious exemptions to decline the vaccine, the Gazette reports, yet their applications had been denied.

Now, spokesman Lt. Col. Brian Maguire announced they can either get the vaccine before the academy’s graduation in two weeks or "elect to resign voluntarily."

"Otherwise, they will face the consequences for disobeying a lawful order," Maguire explained to the Gazette.

But thus far, the Air Force Academy is the only military academy that is barring its seniors from graduation because of their vaccination status.

The choice to let them graduate may ultimately be decided in the courts system, where many service members who have been discharged for declining to get the vaccine are suing the federal government, which first mandated vaccines last year.

The seniors are part of more than a dozen cadets who face "administrative separation" for not getting the vaccine after their requests for a religious exemption were denied.

There are also two juniors, one sophomore and six freshmen at the US Air Force Academy who have declined to get the COVID vaccine.

Military leaders insist their refusal amounts to disobeying an order, stressing that service members have long been asked to get other vaccines to ensure the force's health.

Students who were not already vaccinated receive many shots on their first day at the academy, including shots for measles, mumps and Rubella, and they get flu shots every year in the fall.

Yet advocates for the college seniors explain they should be permitted to refuse the vaccine on religious grounds.

Former Colorado State Rep. Gordon Klingenschmitt, for instance, labeled the unnamed students "evangelical Christian cadets, who are pro-life. They object to the fact that the vaccines were tested on aborted fetal stem cell lines."

"Because they objected to abortion, their conscience will not let them … inject this particular drug into their own bodies," he explained to the Gazette.

"That's why they won't take the vaccine," he went on. "It's not because they hate all vaccines."

Klingenschmitt has now planned a rally outside of the Air Force Academy north of Colorado Springs, stating: "There's only one person who can change his mind right now, and that is the superintendent, three-star Gen. Richard Clark."

"Our protest is to plea with him personally, 'Sir, please keep your oath. Please let the cadets graduate. Defend their religious freedom.'"