What Has The World Come To? Calvin Klein Probably Lost A Lot Of Customers With This Ad Campaign 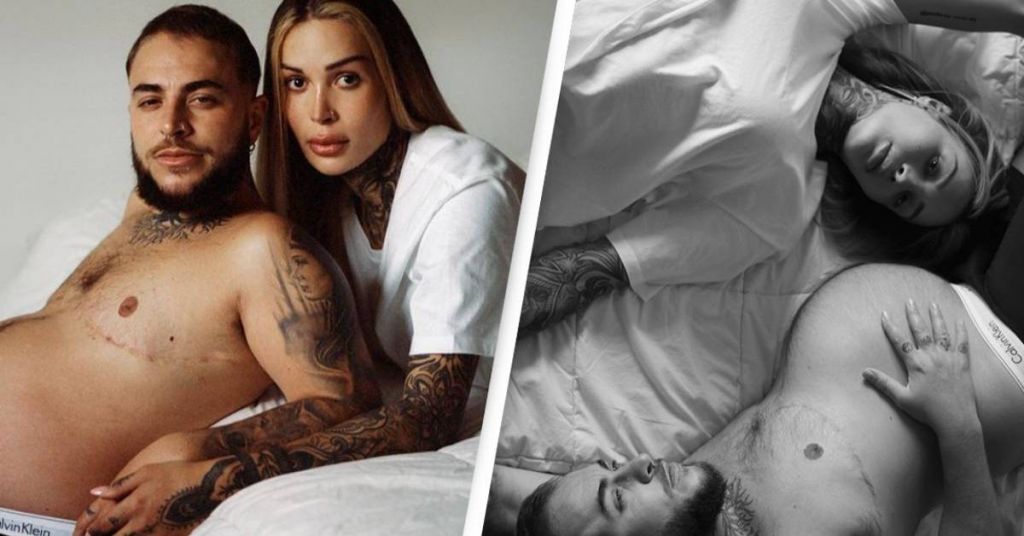 As part of Mother’s Day in the United States last Sunday, the brand Calvin Klein started a campaign that went viral on social media. The renowned clothing and lingerie brand grew to be a trend by showing in its photo production Roberto Bete, a pregnant trans man who is about to give birth to her baby Noah, along with her partner Erica Feeh, a transgender woman.

The couple posed for pictures wearing the brand’s signature underwear: black boxer shorts with white ribbony panties with the same design. Roberto took advantage of the cameras to show his belly and declared: “We can reproduce biologically or from the heart… our role in the world is to love and be loved”.

At the company Calvin Klein He has further dedicated a few words in the picture caption of the publication. “Today, in support of women and mothers worldwide, we highlight the reality of new families”, the brand announced in its description, along with a carousel of pictures riddled with images of single mothers and interracial couples.

The pictures campaign had by far a positive impact on social media users, collecting close to 30 thousand “likes” in the post. In addition, he also received more than 420 remarks.

“I love to see this anti-exclusivity campaign by a brand as legendary as yours”, “I am very proud that they document these stories”, “Thank you for sharing different types of motherhood”, and “How nice. Long live diversity in all its types”; These were some of the many messages that can be read in the comments section of the publication.

On his Instagram account, Roberto Bete takes the chance to share with her more than 35.5 thousand followers the process of her pregnancy and the growth of her belly through selfies, productions of pictures with his girlfriend and various posts. His public does not hesitate to leave the couple all kinds of encouraging messages, words of affection, congratulations, and good wishes to begin this new stage of life that awaits them: maternity.

Although many people were, some would say rightfully, rather angered:

"A pregnant trans man in a Calvin Klein campaign’ Calvin Klein probably thinks this is progressive. It’s not. Only women can get pregnant. And because women are biologically different to men, they require unique protections. A denial of biology is a denial of women’s rights," one user wrote.

"I am so sick of this denigration of women and their fundamental function; pregnancy and birth. Men cannot get pregnant; they do not have a uterus or ovaries. Biological fact. I have always bought .@CalvinKlein pants for the men in my life. No more," another wrote.