Watch: Putin Has a Nuclear Plan For European Destruction 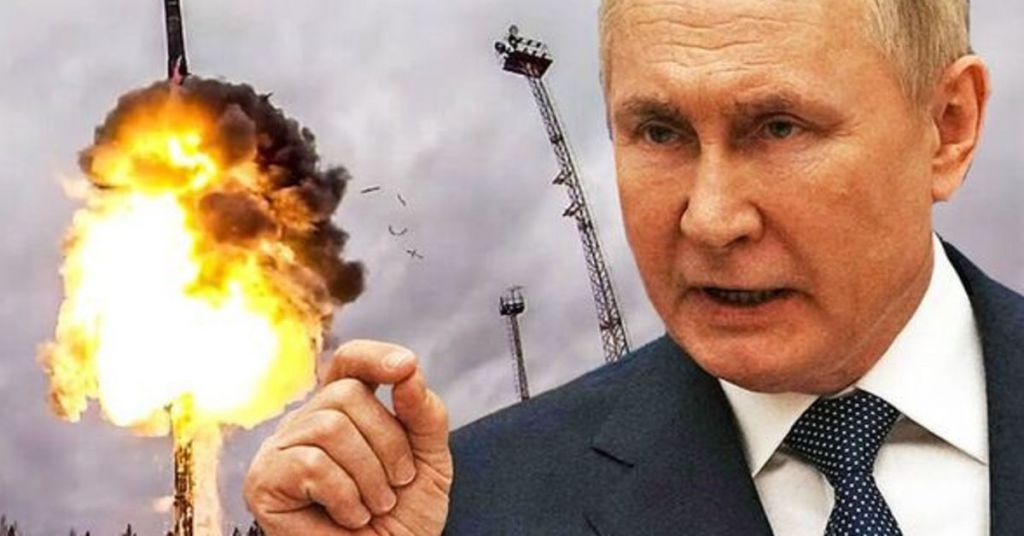 Vladimir Putin told the President of Finland he is making a "mistake" by entering NATO as it faces "no security threats" in a phone call this morning.

And in a speech on the 80th day of the war in Ukraine, Russian Foreign Minister Sergei Lavrov said: "The collective West has announced a total hybrid war on us.

"It is difficult to forecast how long this will all last, but it is clear that the consequences will be felt by everybody without exception."

Finland and Sweden's attempts to join NATO met a burden when Turkish President Erdogan said he could not back their access bids because of Kurdish terrorist organisations operating in the Nordic countries.

All 30 NATO member states must sign off on each new entrant.

Erdogan's top foreign policy advisor explained today that the country is "not closing the door" on the countries' bids.

Ibrahim Kalin: "We are not closing the door. But we are basically raising this issue as a matter of national security for Turkey."

The Kremlin attack dog added: "We've done everything to avoid a direct clash but the challenge has been thrown to us and we accept it. Cancel culture against everything Russia is being used against us."

"We are doing everything we can to defend the interests of our citizens abroad. Ukraine is an instrument, a tool, to contain Russia's peaceful development," he said.

As U.S. President Joe Biden held a joint call with Finland's leaders on Friday to back their NATO application, Russian officials responded with furious bluster, with one threatening to lower the U.S. to "nuclear ashes" if America "threatens" the Russian state.

"The West is opposing Russia to the last Ukrainian, especially the United States which is [fighting] from beyond the ocean," said Lavrov.

Finnish President Sauli Niinistö said his conversation with Putin was "conducted without aggravation" as both parties worked to "avoid tensions."

Russia's attack on Ukraine and cyber-attacks on Finland and Sweden have 'altered the security environment" in Helsinki, Putin was told.

According to a Russian readout of the call, Putin said: "Abandoning the traditional policy of military neutrality would be a mistake, since there are no threats to Finland's security."

It wasn't revealed how long the call went on or whether Niinisto had conferred with other world leaders before talking with Putin.