Back The Blue Biden: Joe Pretends His Party Is Pro-Law Enforcement 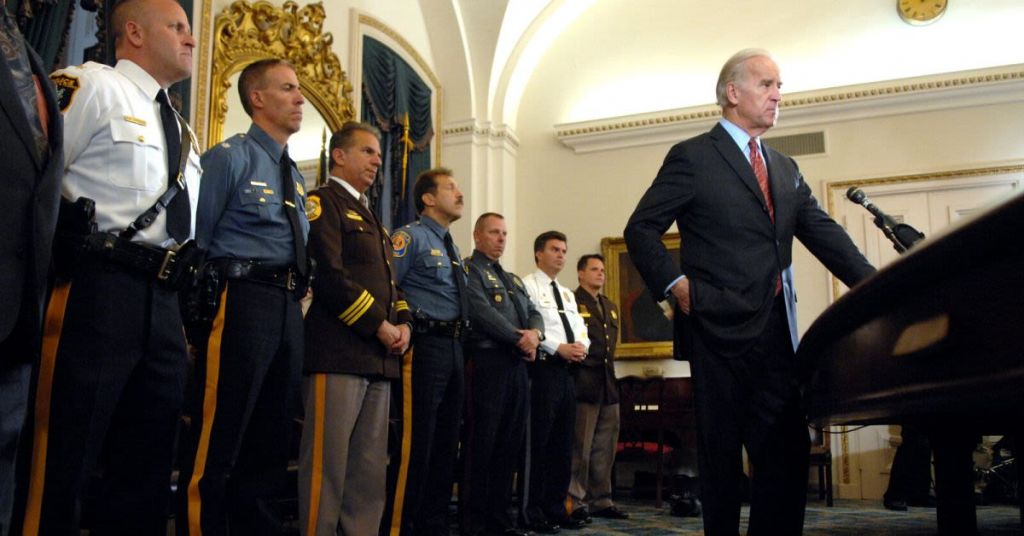 President Joe Biden and White House officials called for state and local leaders to allocate more of what they received from the $1.9 trillion American Rescue Plan to police.

Biden devoted much of his Friday afternoon to the push, while a White House fact sheet called out Republicans for opposing the wider bill providing the money.

"The answer is not to defund the police — it's to fund the police," the president said during a Rose Garden address, repeating a line from January's State of the Union speech. "Fund them with the resources and training they need."

Mayors and police chiefs from Detroit, Kansas City, Missouri, Houston, and some smaller cities were on hand at the White House to participate not only in the Rose Garden event but also in Friday's press briefing, which was the last for press secretary Jen Psaki. Before his speech, Biden met with the local leaders in the Roosevelt Room for a meeting that was closed to the press.

Biden highlighted that $10 billion of the $1.9 trillion ARP funding has been committed to public safety and violence prevention. He called for the money to be spent — fast.

"The need is clear. My message is clear," Biden said. "Spend these funds."

The cited reason is that violent crime tends to rise in the summer. Crime rates have surged in major cities of late, an event Psaki blamed on former President Donald Trump by saying his administration granted it.

Psaki added that Biden is putting federal agents on the street and cracking down on firearms to prevent the murder hike. Still, she repeated his remarks from the campaign, supporting reforms to bail policies that penalize poorer people.

According to the White House, ARP funds approved in 2021 constitute the largest single-year commitment of federal resources for state and local law enforcement on record. It called out Republicans, who typically favor law enforcement funding, for unanimously opposing the bill.

"Unfortunately, every Republican in Congress voted against the American Rescue Plan public safety funding for cities and rural counties across the country," reads a portion of the White House fact sheet . "While Congressional Republicans try to pull back this funding, President Biden is today renewing his call for communities to invest more American Rescue Plan funding in strategies to make our communities safer and to deploy as many dollars as possible before the summer months when many communities historically experience a seasonal increase in violent crime."