Must See: Biden's 'Truth Minister' Has A Problem Telling It Herself 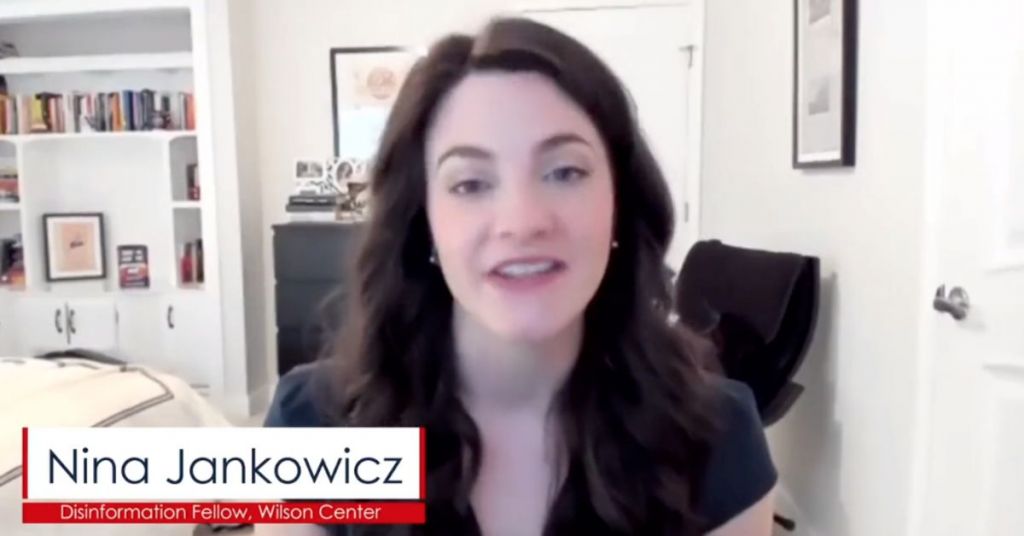 The Chinese Communist Party praised the Biden administration’s new “disinformation” czar in 2020 for her criticisms of proponents of the hypothesis that COVID-19 arose from a Wuhan lab, which she condemned as a pro-Trump talking point.

The episode is another example in which Nina Jankowicz, the recently appointed executive director of the Department of Homeland Security’s new Disinformation Governance Board, either tagged claims as disinformation that were later found to have feasibility or put faith in assertions that were later discredited.

Most famously, she also supported Trump dossier author Christopher Steele and cast doubt on the Hunter Biden laptop story during the 2020 election.

Jankowicz was cited in an April 2020 BuzzFeed article titled “Scientists Haven’t Found Proof The Coronavirus Escaped From A Lab In Wuhan. Trump Supporters Are Spreading The Rumor Anyway.”

The outlet reported that, according to Jankowicz, “the claim that the Wuhan Institute of Virology could have been the origin of the novel coronavirus left the fringe and entered the American conservative mainstream in early April.”

She was cited saying the theory derived from the Epoch Times, a right-wing media outlet connected to the Falun Gong movement, which is harshly repressed in China, that released an April 7, 2020, documentary video on the origins of the virus.

“All these campaigns are preying on people's desires to know more about the situation,” Jankowicz said. “It bothers people that we can't pinpoint where this virus came from.”

“It becomes more politically convenient for Trump and his administration the further we get into this maelstrom, especially in comparison to the Chinese response,” she said.

The first story claimed that “the U.S. right-wing media and supporters of U.S. President Donald Trump have fanned the latest round of speculation that the novel coronavirus of COVID-19 came from a laboratory in Wuhan.” The CCP attacked the “right-wing media machine,” including the Washington Examiner.

The CCP said, “Jankowicz said that putting the blame on a Wuhan lab helps the Trump administration find a scapegoat. It becomes more politically convenient for Trump and his administration, she said.”

The Chinese state-run China News Service also published a May 2020 piece including the same lines about Jankowicz as the other Chinese outlet.