China Playing Along With Russia As World Condemns Putin 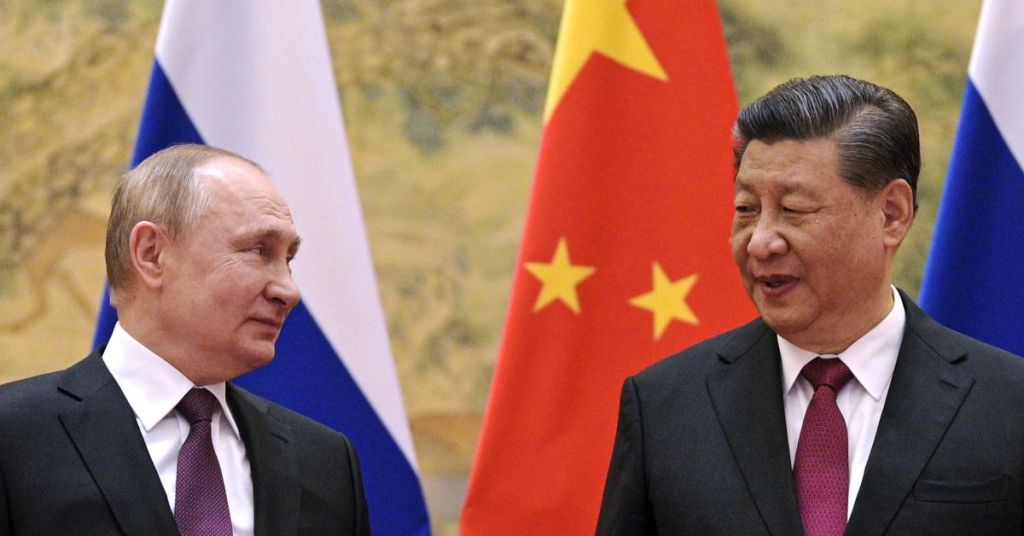 On Wednesday, China said it would not sanction Russia for its illegal invasion of Ukraine and said it will continue with "normal trade cooperation."

And China abstained during a United Nations General Assembly vote Wednesday on a nonbinding resolution calling on Russia to stop its war on Ukraine and withdraw its military forces. Just five nations opposed the resolution – Russia, Belarus, Eritrea, North Korea, and Syria – which passed with 141 aye votes.

Russian President Vladimir Putin ordered a "special military operation" last week, and Ukraine has endured seven days of brutal fighting that has resulted in the death of almost 2,000 Ukrainians and 5,000 Russian soldiers, according to Ukraine's State Emergency Service.

In response to the fatal invasion the U.S, Canada, Japan, Australia, New Zealand, and dozens of European nations hit severe sanctions on Russian banks, businesses, Putin, and other elite members of Russia's government and society.

But despite its repeated claims that it appreciates a state’s sovereignty, China has declined to condemn Russian aggression or institute sanctions outright.

"China firmly opposes all illegal unilateral sanctions, and believes that sanctions are never fundamentally effective means to solve problems," a spokesman for China’s Foreign Ministry Wang Webin said Wednesday. "They will only create serious difficulties to the economy and livelihood of relevant countries and further intensify division and confrontation."

"China and Russia will continue to conduct normal trade cooperation in the spirit of mutual respect, equality and mutual benefit," he added.

But the move reflected China’s unwillingness to take a stronger stance against its top ally.

A resolution put forward by the permanent members of the United Nations Security Council lambasting Russia’s illegal invasion failed to pass Friday after Russia vetoed the measure and China abstained from voting.

The UN held a rare emergency special session of the 193-member U.N. General Assembly Wednesday – a meeting that has not been called in 40 years – where the resolution passed.

When the war began on Thursday, China’s Foreign Ministry maintained its emphasis on negotiations. And while it said China did not like what it was seeing, it refused to categorize the attack as an invasion.

Chinese state media has instead used the term “special military operations.” State-run broadcaster CCTV’s daily evening news broadcast has cited the Russia-Ukraine conflict, but mainly in a brief segment toward the end of the half-hour program in a section about international news.

Again, the discussion of the war has focused more on efforts toward negotiations and less on Russia’s attack.