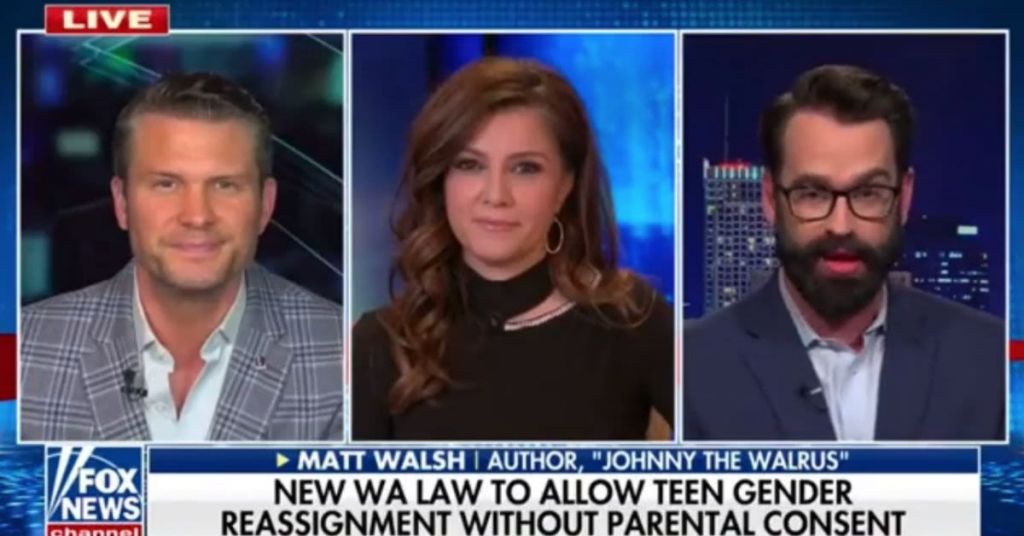 The whole debate about transgenderism is boiling down to a bill that Biden is seeking to pass. Using existing anti-discrimination laws, Biden's bill will effectively make it illegal to deny a sex change operation to a minor.

The Biden Administration is working to force more insurance companies to cover transgender surgeries. Such genital, breast, and facial surgery, as well as hormone therapy and more, would be considered medically necessary for those wishing to undergo the sex-changing procedure.

Discrimination based on race, color, national origin, sex, age, or disability is prohibited in federally funded healthcare facilities under the Affordable Care Act, passed during the Obama Administration. A proposed rule, issued by the U.S. Department of Health and Human Services on January 5, would add “sexual orientation and gender identity” to this list.

The rule “places ideology ahead of sound medicine,” the Ethics and Public Policy Center argued in a comment Thursday opposing the rule. It “is without legal support, contradicts long-standing scientific understandings of the human person, attempts to evade court injunctions, promotes harm to patients (especially minors), tramples religious freedom,” and more, according to the EPPC.

Taxpayers are paying for transgender procedures, as Medicaid covers them in some states. Some insurers also already cover the procedures.

“Nearly half of transgender respondents in one survey said their health insurance company denied them gender-affirming [sic] surgery, and a similar proportion reported that they were denied coverage for hormone therapy,” the proposed rule states, in reference to a Center for American Progress study.

The Biden Administration has also gone ahead and restored guidelines requiring federal prisons to consider the safety of transgender people when deciding where to house them, a policy the Trump Administration abandoned in 2018.

The Bureau of Prisons (BOP) has reissued its Transgender Offender Manual, which again includes the Obama-era policy, Kristie Breshears, chief of public affairs for the agency, confirmed in a statement to The 19th. Under Trump, transgender people in federal prisons were housed based on sex assigned at birth alone. Biden’s policy builds off the Obama-era guidance and goes a step further, requiring prison staff to use a transgender person’s lived name and pronouns.

“After reviewing our policy regarding transgender inmates, we have made several updates to meet the community standard of medical and mental health care, appropriately manage and support the offenders, and meet legal requirements as determined by case law, statutes, and federal regulations,” BOP said in a statement.