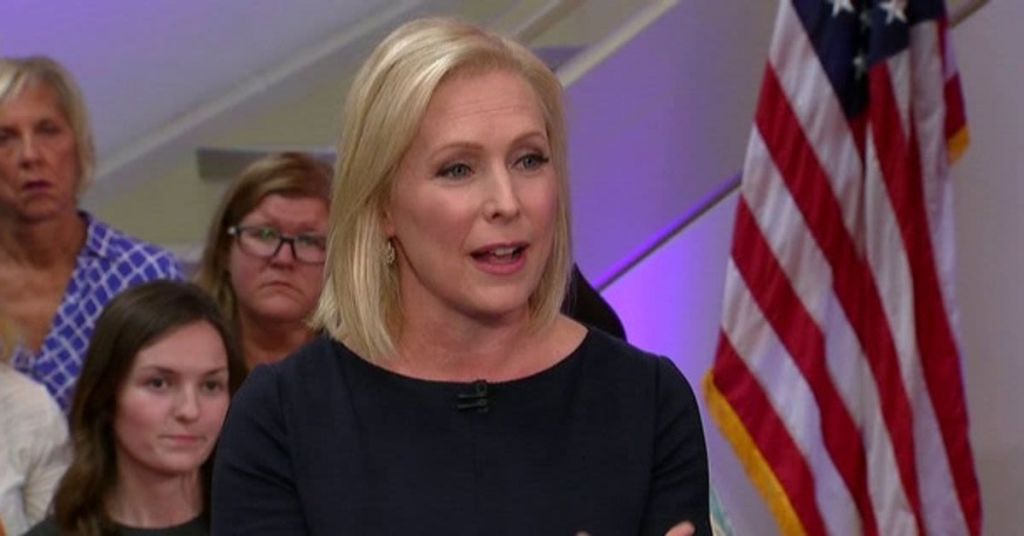 The owner of Innovo Kitchen, a restaurant in Latham, New York, slammed U.S. Democratic Sen. Kirsten Gillibrand after his restaurant's security video showed her not wearing a mask when entering.

John LaPosta, head chef and owner of Innovo Kitchen, took to Instagram Saturday to post a video of the senator walking into his restaurant maskless.

“The problem with NY politics in a nutshell,” wrote LaPosta on Instagram. “My Senator blew past my manager before she could even ask her to put a mask on, walking right past a really big sign that says ‘masks required to enter'. The masks are a mandate from the Governor.”

“As good citizens, agree or not, we must follow our leaders,” the restaurant owner noted. “Her guest is graciously wearing one. I guess Senator Gillibrand thinks that the Governor is wrong or she is special and above the rules.”

Gillibrand responded to LaPosta’s post telling Fox News Digital that she needs to "do better."

"We all need to do our part to help stop the spread of Omicron and that means following state and local guidance," Gillibrand insisted. "That includes me and I will do better going forward."

The Democratic senator has spoken out about the importance of taking protective measures against COVID-19 amid the current Omicron surge.

"Protect yourself and help ease the strain on hospitals and health care workers,” Gillibrand said in a Twitter post this week. “Get vaccinated and boosted.”

Back in December fellow Dem Gov. Hochul announced that indoor masking would be required “in all indoor public places unless businesses or venues implement a vaccine requirement”

Noncompliance can bring a $1,000 fine. Albany county has created an online portal specifically to allow citizens to report violations of the indoor mask mandate.

“Gillibrand is part of the system that put the mask mandate in place. She thinks she’s above the law,” La Posta told The Post.

“Enough is enough! You are supposed to be setting an example. What are you thinking, senator?!” his post said, adding he believes Gillibrand owes his staff an apology.

“It’s hypocritical to me. The arrogance is just breathtaking. Our politicians should be with us, not against us,” he said.

“People will say, `If Gillibrand is not wearing a mask, why should I wear a mask,”