Must See: Blaming Trump For January 6 Is Attempt To Distract America From The Real Issue 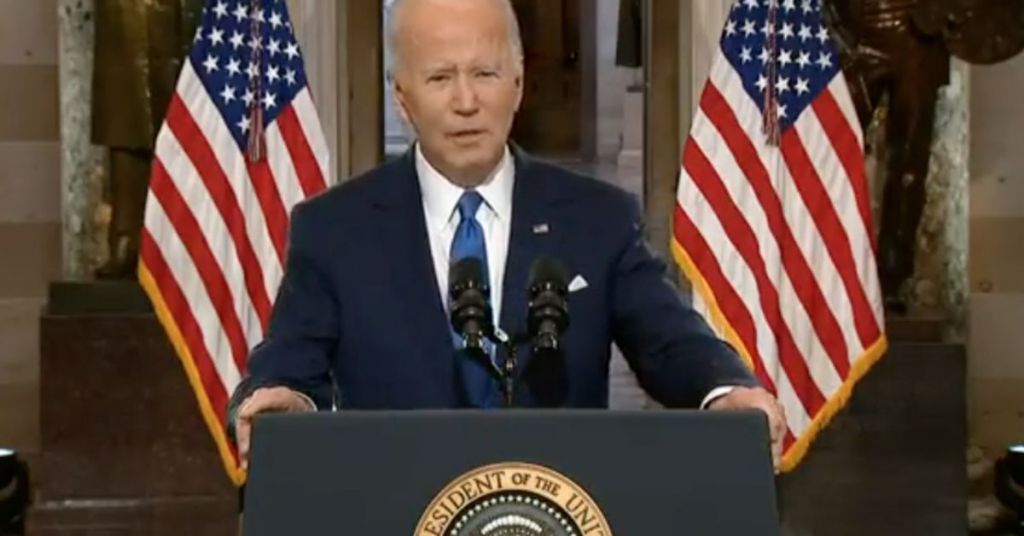 President Biden on Thursday accused former President Trump for prompting insurrection at the Capitol on Jan. 6, 2021, and dispersing a "web of lies" in order to "prevent" the peaceful transfer of power during certification of the 2020 presidential election, blasting him as an individual who "sees his own interest as more important than America's."

During statements from Statuary Hall in the Capitol Building on Thursday, Biden talked about the deadly attack, saying that "the will of the people was under assault."

"Our Constitution faced the gravest of threats," Biden said. "Outnumbered in the face of a brutal attack, the Capitol Police, the D.C. Metropolitan Police, the National Guard and brave law enforcement officials saved the rule of law."

Biden fastly changed his focus to Trump – never citing him by name, but instead, referring to him only as "the former president."

"For the first time in our history, a president had not just lost an election. He tried to prevent the peaceful transfer of power as a violent mob reached the Capitol," Biden said. "But they failed."

Biden added that Americans "must make sure this never, never happens again."

Biden pointed to Clio, the statue of the Muse of History, which oversees Statuary Hall, noting that she documents the events of congressional history in the journal she holds.

"Well here is God's truth of Jan. 6, 2021," Biden continued. "Go back to that day. What do you see? Rioters rampaging, waving, for the first time inside the Capitol, Confederate flags that symbolize the cause to destroy America – to rip us apart. Even during the Civil War, that never happened. But it happened here, in 2021."

But Biden went on to citeTrump again – noting that he "had just rallied the mob to attack," and watched the riot on television, and did "nothing for hours as police were assaulted, lives were at risk, the nation's Capitol under siege."

The president noted that his speech Thursday was "about making sure the past isn’t buried."