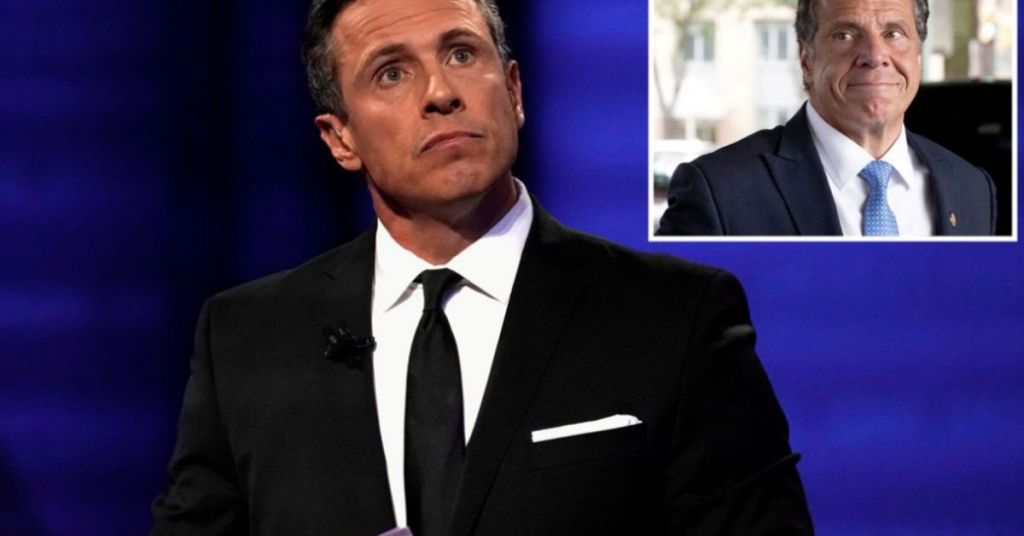 The network suspended Chris Cuomo earlier in the week to investigate his conduct after New York's attorney general published details revealing he was more involved than previously known in helping to strategize and reach out to different journalists as his brother fought to maintain his job.

CNN hired a law firm for the review. The company recommended Chris Cuomo's termination, and CNN chief Jeff Zucker informed the anchor of the decision on Saturday.

Late Saturday The New York Times reported that a lawyer reached CNN Wednesday with an allegation of sexual misconduct against the CNN anchor. It was unclear what part this charge played in the younger Cuomo's dismissal.

Lawyer Debra Katz reportedly told CNN regarding a client who had an accusation of sexual misconduct against Chris Cuomo. Katz represents Andrew Cuomo's accuser Charlotte Bennett. She announced that the client was a former junior colleague at another network and the accusation was "unrelated to the Gov. Andrew Cuomo matter."

Katz's client "came forward because she was disgusted by Chris Cuomo's on-air statements in response to the allegations made against his brother" including Chris Cuomo's remark that he has "always cared very deeply about these issues, and profoundly so," according to the Times report.

The network announced that "while in the process of that review, additional information has come to light." CNN would not discuss that information or describe whether it had anything to do with his brother.

"It goes without saying that these decisions are not easy, and there are a lot of complex factors involved," Zucker announced in an email to CNN staff on Saturday. Cuomo issued a statement on Twitter, describing the decision as disappointing.

"This is not how I want my time at CNN to end but I have already told you why and how I helped my brother. So let me now say as disappointing as this is, I could not be more proud of the team at Cuomo Prime Time and the work we did as CNN's #1 show in the most competitive time slot," he stated.

Even with the firing, CNN announced it will proceed to investigate Cuomo's conduct "as appropriate."

As women came forward blaming former Gov. Andrew Cuomo of sexual harassment, his brother, notwithstanding being a CNN anchor, pushed sources for information on the accusers and reported back to the governor's staff on what he was learning.

He was active in helping craft their response to the charges, according to emails and a transcript of his testimony to investigators working for state Attorney General Letitia James. In August, her office discovered that Andrew Cuomo sexually harassed no less than 11 women; the former governor resigned to avoid a likely impeachment trial.