Dems Cheer As Gas Prices Go Down 'Practically Nothing' 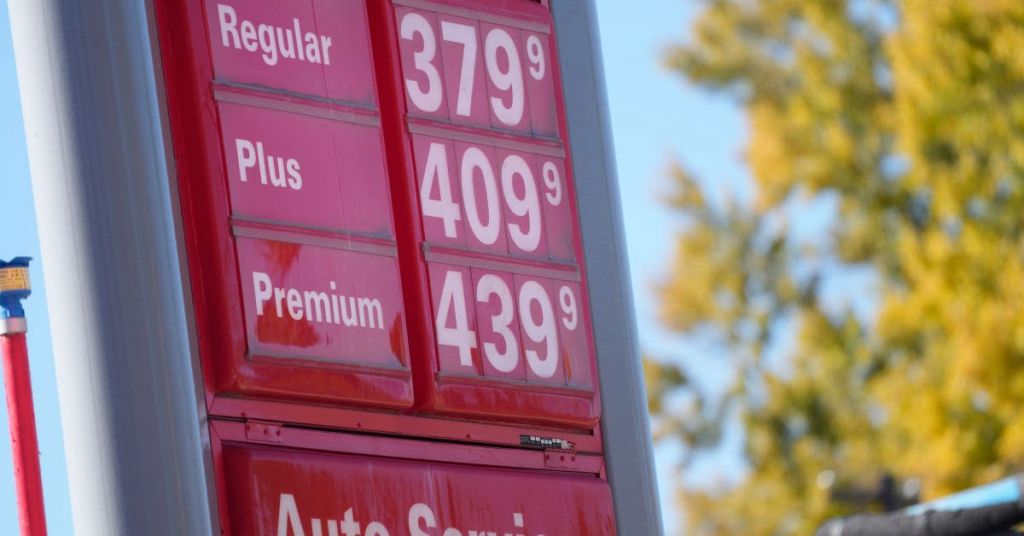 On Thursday, the Democratic Congressional Campaign Committee published a graph on Twitter celebrating what seemed to be a decrease in gas prices over a couple of weeks in November. That price decreased by only two cents per gallon.

According to the latest Consumer Price Index figures, inflation spiked in October at a rate not seen since 1990. While November's numbers are not available yet, consumer confidence fell last month.

"Thanks, @JoeBiden," the post from the DCCC reads. Attached is a graph that reveals the gas price beginning at $3.40 per gallon on an undated day, probably one week before November 22.

Twitter users quickly judged their post, pointing out the misleading graph and sarcastically endorsing the President for the extra two cents.

It was pointed out that gas prices, yet dropping 2 cents over the last two weeks, are up over one dollar from the year prior. According to statistics from GasBuddy, the average gas price on December 8 was roughly $2.15 per gallon.

The post struck a similar vein as one made by the Biden Administration over the summer, which celebrated the cost of a 4th of July cookout being 16 cents cheaper than the year before.

"Thanks, @JoeBiden," Federalist co-founder Sean Davis twitter. "Gas costs over $1/gallon more today than it did a year ago."

"You're not helping, DCCC," the article, written by Philip Bump, announced.

Some said that the DCCC had taken the graph from the tweet that was meant to be a joke from Liberal pundit Matthew Iglesias.

"What happens when your comms people don't understand sarcasm," Washington Post columnist Catherine Rampell wrote in a tweet along with the graph.

"oh my GOD it originated as a joke chart???" author Christopher Ingraham responded.

"Sean Patrick Maloney's DCCC is one of the most incompetent organizations Washington has ever seen," a spokesperson for the National Republican Congressional Committee told Fox Business. "It's no wonder vulnerable Democrats keep retiring."

Gas prices have started to drop a bit over the past week and GasBuddy petroleum analyst Patrick De Haan told FOX Business he thinks consumers may see prices under $3.30 per gallon by early next week.

Meanwhile, Biden's approval ratings have been declined to historic lows for any President at this point in his first term. Those numbers have been correlated with public opinion on his pandemic response and handling of the economy.