Wokeism Takes Over Our Classrooms As School Does Something Insane 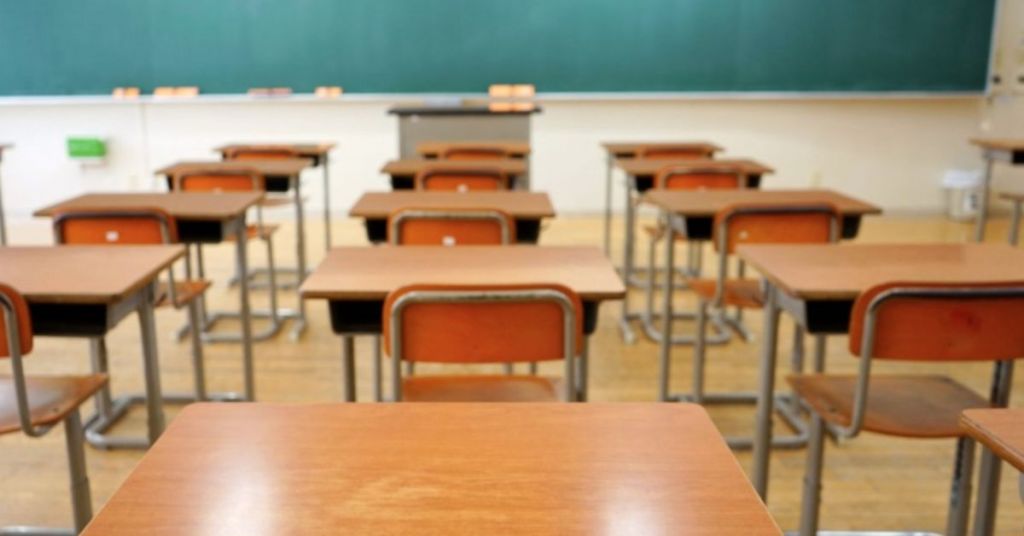 A teacher in Washington state was directed to take down a pro-police flag in her classroom over allegations it is a "political symbol," while messages backing Black Lives Matter and LGBT pride flags are allotted in the school.

"They told her that it's controversial to have that flag up. That it makes kids and staff feel unsafe, which to me, does not make sense at all," the teacher’s brother, Chris Sutherland, told "The Jason Rantz Show" on KTTH of the situation.

Sutherland is a former police officer with the Marysville Police Department in Washington, and his sister had hung the "Thin Blue Line" flag to back him in her classroom at Marysville Middle School. The flag was further surrounded by pictures of her brother.

The teacher, who wished to remain anonymous, announced that an assistant principal at the school first took issue with a "Thin Blue Line" sticker on her laptop.

The assistant principal stated that there were "concerns about how students, families, and community members might interpret what the image is intending to communicate and that this interpretation may cause a disruption to the learning environment," Rantz reported after reviewing an HR document on the incident.

The objections, though, were soon abandoned and the teacher later posted the flag in her classroom.

A second assistant principal then ordered the flag to be taken down, and an HR representative for the district announced in a Letter of Clarification to the teacher that the district was "highly concerned about the impact of this political symbol on students, staff, and families of Marysville Middle School."

The district told the teacher to "refrain from using the 'Thin Blue Line Flag' symbol" in the school or she may face "further disciplinary action."

In the school, though, messages backing BLM and LGBT flags are allotted, according to Sutherland.

"There's also, she was telling me, BLM stuff hanging on walls, which she was told is OK. Just for whatever reason, just the Thin Blue Line flag cannot be hung up there," Sutherland, who was likewise a resource officer throughout the fatal Marysville Pilchuck High School shooting in 2014, told Rantz.

The teacher further displayed a pride flag in her classroom to promote a gay relative, Rantz reported.

The district did not immediately return a request for comment on the matter, but Rantz announced that the district refused to explain why BLM and pride flags were allowed, though not pro-police flags.

The teacher ultimately removed the "Thin Blue Line" flag from her classroom, yet detailed in a message to HR that the ordeal "has been the most traumatic and hostile" situation she’s experienced at the school.