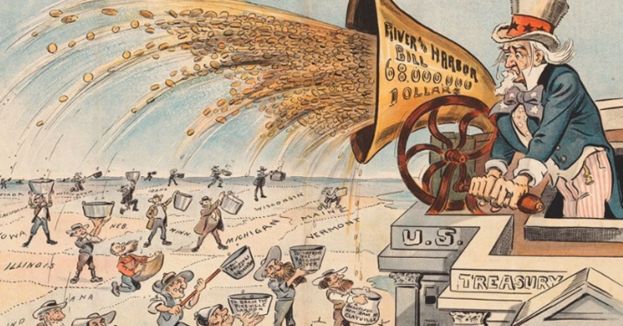 “Members want Congress to help their communities, particularly now as the pandemic exposed so many inequalities and needs,” DeLauro stated while declaring the return. “Community Project Funding will allow Members to put their deep, first-hand understanding of the needs of their communities to work to help the people we represent.”

Former Sen. Tom Coburn (R-Okla.), the main disputant of earmarks, defined them as “the gateway to federal spending addiction” because congressional heads in both parties used them to get votes for legislation that an individual senator or representative would otherwise reject.

Thanks to the “Bridge to Nowhere” and attempts of groups like Citizens Against Government Waste, earmarks got so much negative publicity and pressure for reforms throughout the presidencies of Bill Clinton and George W. Bush that both houses of Congress raised rules originally to limit and then eventually in 2011 to halt the spending tactic.

Though critics contend earmarks never actually were eliminated, Congress just made it more difficult to recognize them in legislation. And members in both parties in recent years have steadily become bolder in pushing for an official return.

The new ground rules for CFPs show a recognition of the poor public image of earmarks as seen in DeLauro’s assertion that, “our bipartisan reforms will produce a small number of projects with strong community support, a transparent process where no member’s family can benefit and where projects are audited to ensure money was spent as planned.”

It was unclear from DeLauro’s description of the new CFP method how the spending measures will be subject to the auditing that all federal expenditures are at least likely bound through the Government Accountability Office (GAO) and the Inspectors-General system.

DeLauro explained the new procedures are designed to guarantee that all CFPs are “dedicated to genuine need and not subject to abuse.” Among the procedures DeLauro described are these:

All Requests Online: Members are required to post every CFP request online

Early Public Disclosure: the committee will release a list of projects funded the same day as the subcommittee markup.

WATCH: LAWYERS FOR 'RUST' ARMORER GIVE HER SIDE OF THE STORY

No Financial Interest: Members must certify to the committee that they, their spouse, and their immediate family have no financial interest in the projects they request.

Ban on For-Profit Recipients: Members may request funding for state or local governmental grantees and for eligible non-profits.

Cap on Overall Funding: The committee will limit all the CFPs in one budget to no more than 1 percent of discretionary spending.

Member Requests Capped: The committee will accept a maximum of 10 CFP requests from each member.