Maybe this will get NBC’s attention. In an interview Tuesday night with a Philadelphia radio show, Dr.

Anthony Fauci, the physician who’s become one of the most recognized faces on television during the COVID-19 crisis, said he wouldn’t hesitate to prescribe a known antimalarial drug to a patient who’d been infected with the coronavirus if there were no other option available.

As President Donald Trump put it in a news briefing last week, “What the hell do you have to lose?”

Those weren’t the words used by Fauci, head of the National Institute of Allergy and Infectious Diseases, who has become a fixture of Trump’s White House media briefings on the coronavirus.

But they would have summed up his viewpoint pretty well as it came out during a WNTP-AM broadcast while answering a question about chloroquine and hydroxychloroquine, two drugs that most Americans probably never dreamed existed before words like “social distancing” and “flatten the curve” entered the national vocabulary.

BIG TECH TO BECOME A VAX ONLY WORKPLACE

BIG TECH TO BECOME A VAX ONLY WORKPLACE

When asked by host Chris Stigall about the prospects that the drugs could be useful for coronavirus patients, Fauci gave an equivocal yes — that might not have been as resounding an affirmative as sane Americans would hope, but no doubt came as a disappointment to the mainstream media journalists who’ve criticized Trump’s touting of the drug’s potential.

Check out Fauci’s answer here. The relevant questions starting about the 51-minute mark.

CDC NOT RELEASING ANY DATA TO JUSTIFY NEW MASK MANDATES

CDC NOT RELEASING ANY DATA TO JUSTIFY NEW MASK MANDATES

“As I’ve said many times, the data that indicate that are really anecdotal and not proven. What the president and others are saying is there is a possibility that it might work, and in order to give [people] some hope, let’s try it,” he said.

“However, I have said, and I continue to say, the only way you’re going to prove something … is by a controlled trial that gives you significant data.

“It could work, that’s a possibility, but as a scientist, purely as a scientist, I can say that the data are what we call anecdotal. … So we can’t make a statement, yet, ‘It’s working.’

“We can say, ‘Let’s try it, it’s might work.’ Nothing wrong with that. But make sure we try it under the appropriate conditions.”

That sounds an awful lot like what Trump said at Friday’s media briefing where he was baited by NBC’s Peter Alexander over his optimism about chloroquine treatment for the coronavirus.

Noting that the drug could be a “game-changer” in the crisis, the president said he was optimistic.

“I mean, there’s been some interesting things happened — and some good, very good things,” Trump said. “Let’s see what happens, we have nothing to lose. You know the expression, ‘What the hell do you have to lose?’”

Alexander disgraced himself on national television with his continued line of questioning, which prompted the president to eventually brand him a “terrible reporter.”

Liberals around the country disgraced themselves even more. Former CNN contributor Jacki Schechner published a Twitter post likening Trump’s answer to the barbaric human experiments conducted by the Adolf Hitler’s National Socialist regime. (To get an idea of how sick the liberal mindset really is, that tweet had received more than 1,200 “likes” as of Wednesday afternoon.)

But Fauci gave Stigall a different take. Asked point-blank whether he would be willing to prescribe it for a patient personally, as a physician, not as “the guy running the coronavirus task force right now,” his answer was unequivocal.

“Yeah, of course, particularly if people have no other option. You want to give them hope,” he said.

“In fact, for physicians in this country, these drugs are approved drugs for other reasons. They’re anti-malaria drugs and they’re drugs against certain autoimmune diseases, like lupus. Physicians throughout the country can prescribe that in an off-label way. Which means they can write it for something it was not originally approved for.

“People do that all the time, and it really is an individual choice between the physician and his or her patient as to whether or not they want to do that.”

Those are not the words of a deluded Trump supporter. They are the words of a trained physician who’s been an important part of the nation’s health care machinery for decades.

Is he promising any drug is the answer to the current crisis? Of course not, and neither was the president — no matter how hard the media tries to make it appear that the two men are at odds.

What both have said is that there are grounds for hope — and hope is never a bad thing.

NBC — and the rest of the mainstream media — might want to pay attention.

This article appeared originally on The Western Journal.

Coronavirus will worsen over next month if restrictions eased, top Pentagon doctor says

A top Pentagon doctor said Wednesday the coronavirus pandemic is showing no signs of letting up over the next three weeks, according to the last military models, and any potential easing of restrictions in the coming weeks could potentially "make this worse.

The doctor for the Pentagon's Joint Staff was asked by Fox News' Jennifer Griffin if it was wise to ease restrictions by Easter.

"I don't think there's a great deal of value in speculating on a particular date, and what I would ask for everyone's help with is worry about today. Because if we stop doing the right thing today because we think something's going to happen in four weeks, we will make this worse," Friedrichs replied.

"I don't think it matters what day things start to get better. What matters is what we're doing right now to mitigate this outbreak. I'm not sure how to say it any more clearly than that," he added. 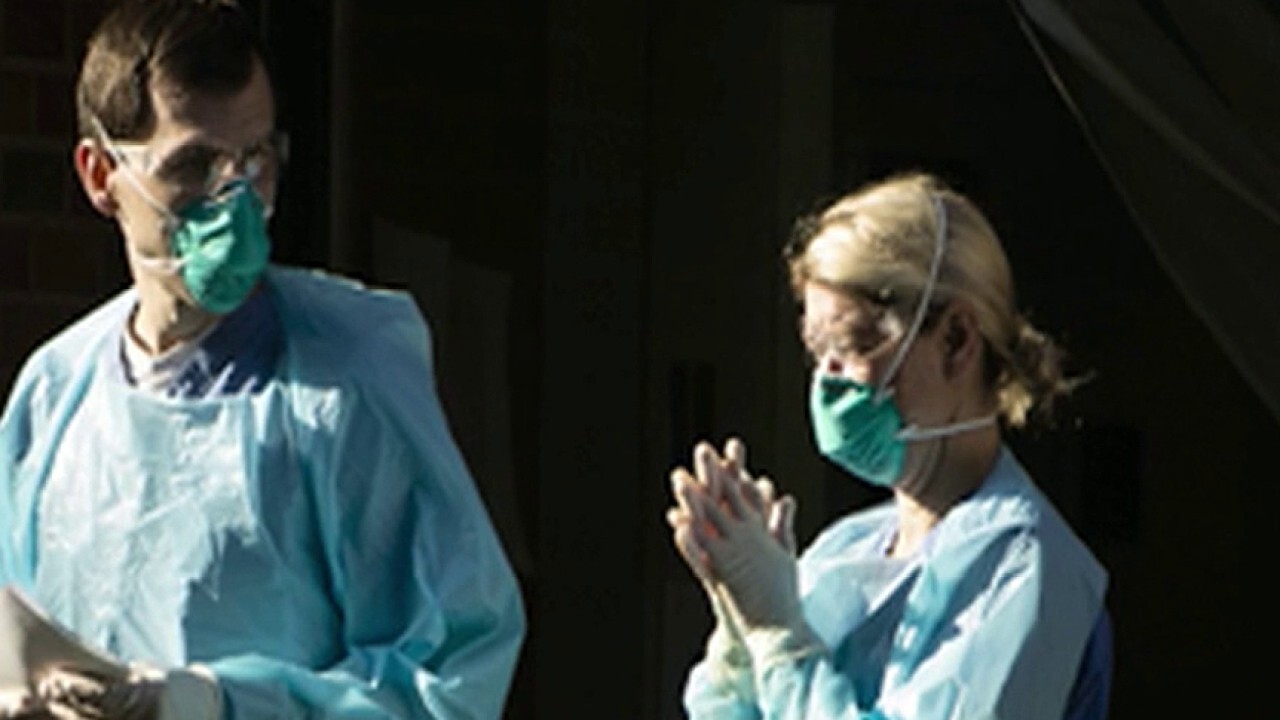 At a Fox News virtual town hall Tuesday, President Trump said he hoped to open parts of the U.S. economy by Easter, April 12.

Trump argued he doesn’t want “to turn the country off” and see a continued economic downfall from the pandemic. He also said he worries the U.S. will see "suicides by the thousands" if coronavirus devastates the economy.

"We lose thousands and thousands of people a year to the flu. We don't turn the country off,” Trump said during the interview.

Trump added: “We lose much more than that to automobile accidents. We don't call up the automobile companies and say stop making cars. We have to get back to work.”

Top Defense Department officials later warned that the coronavirus outbreak will last in the U.S. for at least the next “three months” —  a stark contrast from Trump’s prognosis.

Defense Secretary Mark Esper on Tuesday from the Pentagon estimated that the country could grapple with the COVID-19 pandemic rocking the nation for at least 10 weeks.

“It looks like it has an eight- to 10-week period,” Esper said. “We need to plan for this to be a few months long, at least, and we are taking all precautionary measures to do that, to be in it for the long haul.”

Chairman of the Joint Chiefs of Staff Army Gen. Mark Milley took it a step further.

“You’re looking at eight to 10, maybe 12 weeks, something like that, call it three months,” Milley said. “Some of that depends on what we do as a nation to mitigate it, to flatten that curve so to speak. But we, the United States military, we’re going to do this as long as the mission takes.” 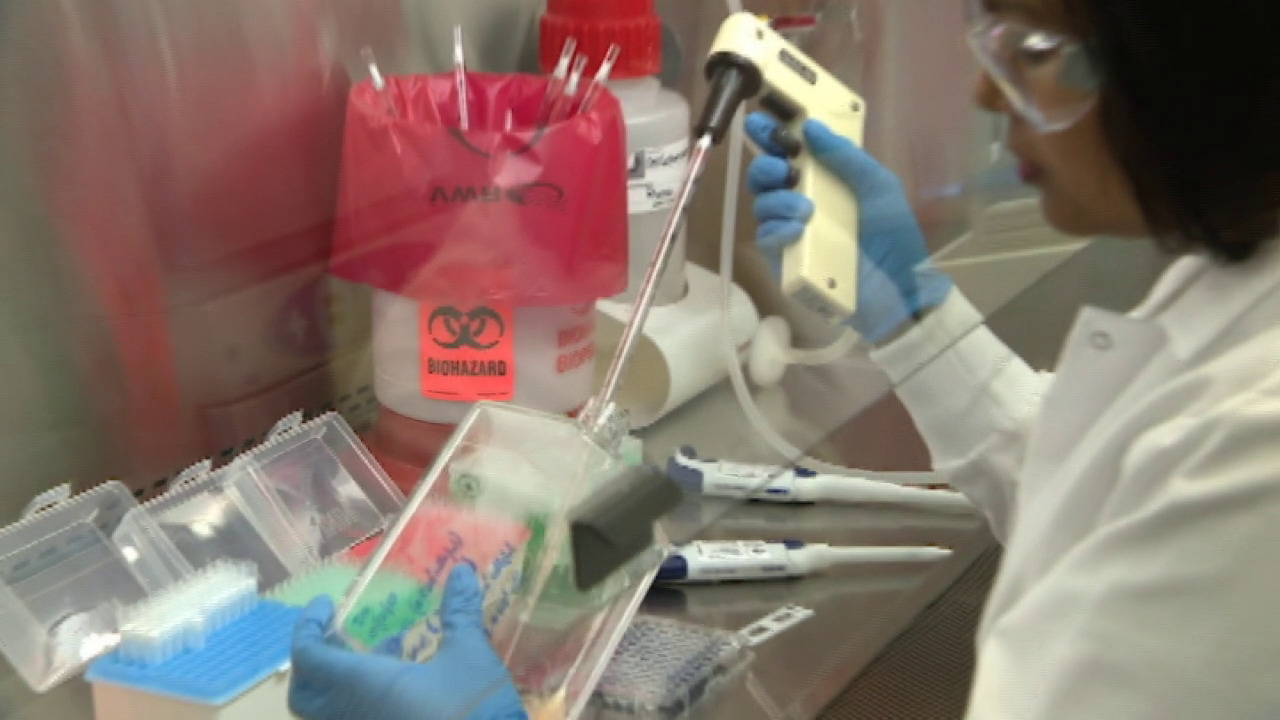 The pandemic has infected more than 450,000 people and killed over 20,000, according to Johns Hopkins University.

More than 113,000 people have recovered so far, mostly in China.

© 2021 DEMY Media, LLC
Pure Racism: AOC's Way Of Legislating Is To Determine 'The Color Of It' First 15 hours 38 minutes ago