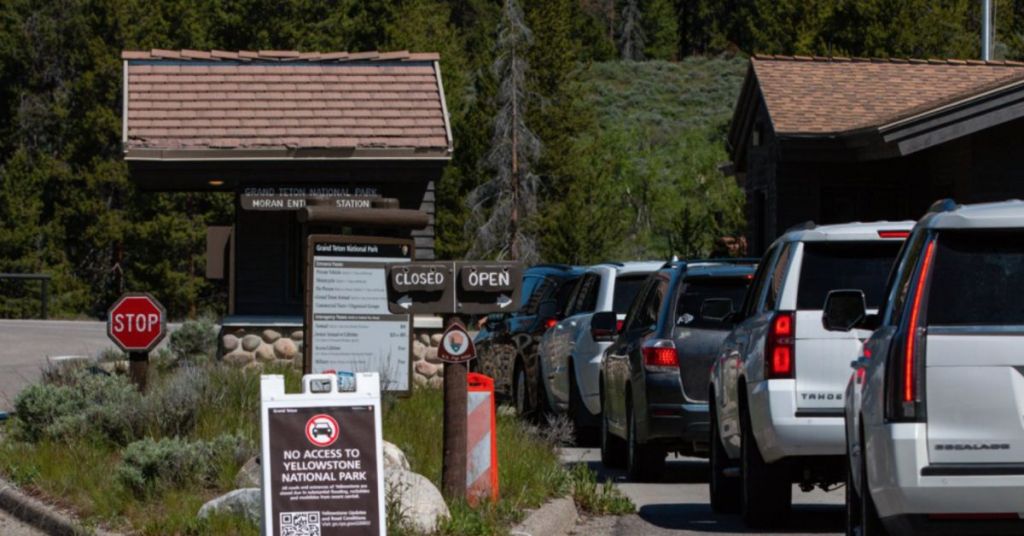 Yellowstone officials published plans to reopen parts of the historic national park to the public Wednesday after last week’s severe floods caused the evacuation of more than 10,000 people.

Visitors will be permitted to enter the park’s south loop area at 8 a.m., but flood damage is expected to keep the north loop closed for a “substantial length of time,” the National Park Service said in a statement.

Unprecedented rainfall that started June 12 triggered rockslides, mudslides, and heavy flooding throughout the world’s first national park, imposing damage that could take years and more than $1 billion to repair.

Visitors can access Old Faithful, West Thumb, and other areas, but some areas of the south loop, such as the Norris and Lewis Lake campgrounds, stay barricaded.

Beginning Wednesday, cars can enter the park based on whether the last number on their license plate is odd or even, according to a news release.

Park officials announced exceptions to the system, including entrance regardless of license plate number for commercial tours and visitors with evidence of overnight reservations at hotels, campgrounds, or in the backcountry, according to the National Park Service.

The license plate system is expected to offset the high demand for people wanting to access the park while ensuring the south look loop doesn't get overwhelmed with visitors.

Yellowstone National Park Superintendent Cam Sholly said in a statement that it’s “impossible” to reopen only one loop of the park in summer without enforcing some type of visitation system.

“As we go through the reopening process, we will monitor the system’s effectiveness and work together to make adjustments that may be necessary,” Sholly said. “We will also reopen new sections of the park as repairs continue to be made.”

“This is not going to be an easy rebuild,” Sholly said early in the week as he highlighted photos of massive gaps in the roadway in the steep canyon. “I don’t think it’s going to be smart to invest potentially, you know, tens of millions of dollars, or however much it is, into repairing a road that may be subject to seeing a similar flooding event in the future.”

Re-establishing a human track in a national park is always a hard operation, especially as a changing climate makes natural disasters more likely. Increasingly severe wildfires are occurring, including one last year that destroyed bridges, cabins, and other infrastructure in Lassen Volcanic National Park in Northern California.

Before Wednesday's partial reopening, all of Yellowstone's roads, entrances, and backcountry will remain closed because of dangerous conditions.

Created in 1872 as the United States was rebounding from the Civil War, Yellowstone was the first of the national parks that came to be referred to as America’s best idea. Now, the home to gushing geysers, thundering waterfalls, and some of the country’s most plentiful and diverse wildlife is facing its biggest challenge in decades.

Flooding has already done comprehensive damage in other parks and is a danger to virtually all the more than 400 national parks, a report by The Rocky Mountain Climate Organization found in 2009.